Northeast
An Army Corps of Engineers image shows sand being added to Avalon beaches in 2017. The Townsends Inlet to Cape May Inlet Coastal Storm Risk Management Project includes the construction of a dune and berm system in Avalon and Stone Harbor, with a three-year nourishment cycle. Army Corps of Engineers, Provided 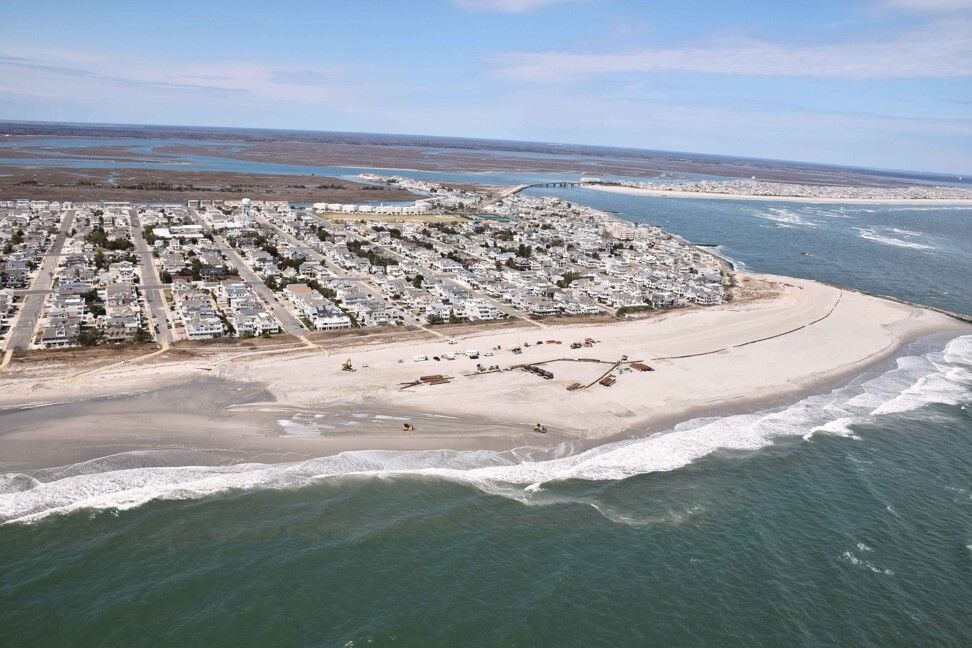 AVALON — A federal beach project worth close to $30 million is set to add sand to the beaches of Avalon and Stone Harbor this year.

The Army Corps of Engineers’ Philadelphia district awarded a $28.8 million contract with Great Lakes Dredge and Dock Company of Oak Brook Illinois for the Townsends Inlet to Cape May Inlet project, which includes adding sand to the beaches of Avalon and Stone Harbor starting in late February or early March.

The district announced the contract award on Monday.

Beaches and dunes on the island were damaged in October, when winds and high water driven by the remnants of Hurricane Ian cut steep cliffs into dunes in Avalon and Stone Harbor, leading authorities to close some beach access points in those communities.

That storm caused damage in multiple beach towns. The Army Corps project was in the works well before the storm arrived.

The contract calls for dredging sand from Townsends Inlet, according to Steve Rochette, an Army Corps spokesman.

“Sand is then pumped through a series of pipes, placed on beaches, and graded into an engineered dune and berm template, which is designed to reduce damages from coastal storm events,” reads a statement from the Army Corps. Once unusual, the process has become familiar along the Jersey shore over the past 30 years, as more and more local beaches come under long-term agreements for federal protection.

Under the agreements, the Army Corps pledges to return periodically to add more sand to beaches. The Avalon and Stone Harbor project projects new sand will be added every three years.

In Avalon, the contract calls for 231,000 cubic yards of sand to be placed from 9th Street to 18th Street, with the contract offering an option for additional sand.

In Stone Harbor, the sand will be placed from 9th Street to 123rd Street, putting at least 464,000 cubic yards of sand onto the beach. A large dump truck can carry about 10 cubic yards of material.