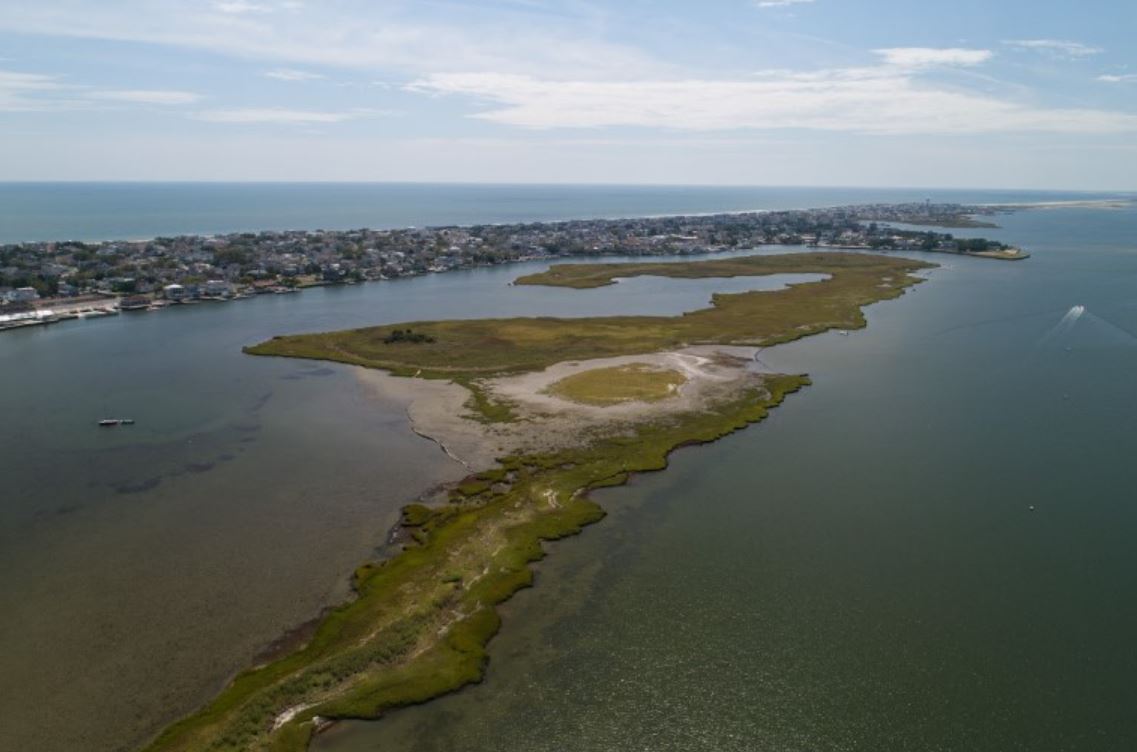 NCCOS scientists have released the results of a three-year monitoring effort designed to evaluate the success of recent restoration efforts involving the use of dredged sediments to create intertidal habitat at Mordecai Island, New Jersey.

The report documents implications of the restoration activity on the long term resilience of Mordecai Island, and provides insight into the potential benefits associated with the beneficial use of sediments in estuarine settings.

Mordecai is an undeveloped island that runs parallel to the Barnegat Bay shoreline of Beach Haven, New Jersey.

In addition to providing habitat for a wide range of estuarine organisms and nesting shorebirds, the island protects the adjacent developed shoreline from the erosive action of waves. Over the past century, persistent wave action in the region has resulted in a loss of roughly 50 percent of the island’s total area, effectively separating the island into two lobes.

In 2015, the U.S. Army Corps of Engineers (USACE) Engineering With Nature (EWN®) initiative and the Philadelphia District of USACE used approximately 30,000 cubic yards of dredged sediments to restore Mordecai Island and join the two lobes back together.

Scientists from the NCCOS then documented sediment and soil characteristics, erosion rates and biological communities within the sediment placement region and in undisturbed inter‐ and subtidal regions of Mordecai Island from 2017 – 2019.