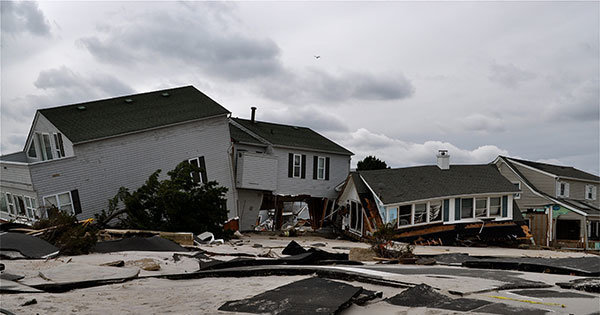 OCEAN COUNTY – The ominous weather reports before Hurricane Sandy hit just before Halloween in October 2012 were not anything you’d want to hear.

Neither were the police officers driving down our street warning us to leave before noon the following Monday.

We had to sign paperwork that Friday night acknowledging that if we did not leave, the township was not responsible for anything that happened to us or to our home. We signed.

We had never been ordered to leave our Bayville neighborhood before. We left. In the end, we couldn’t return home for seven months, until the house was repaired.

Sandy was within 50 miles of the New Jersey coast before it hit in Brigantine as an extratropical cyclone. The storm peppered the Jersey Shore with hurricane-force winds, record low pressure, and a huge storm surge along the coast.

“The storm becomes the worst hurricane to affect the state on record, killing 37 and causing nearly $30 billion in damages,” according to the National Oceanic and Atmospheric Administration (NOAA). “Widespread devastation is noted, particularly on Long Beach Island and the Barnegat Peninsula, where the Seaside Heights boardwalk collapses into the ocean.”