Northeast
Coastal flooding in Tuckerton, New Jersey, from a storm off the East Coast in October 2019. Such flooding, which occurred during a high tide, is expected to increase as a result of sea-level rise. via Life on the Edge Drones 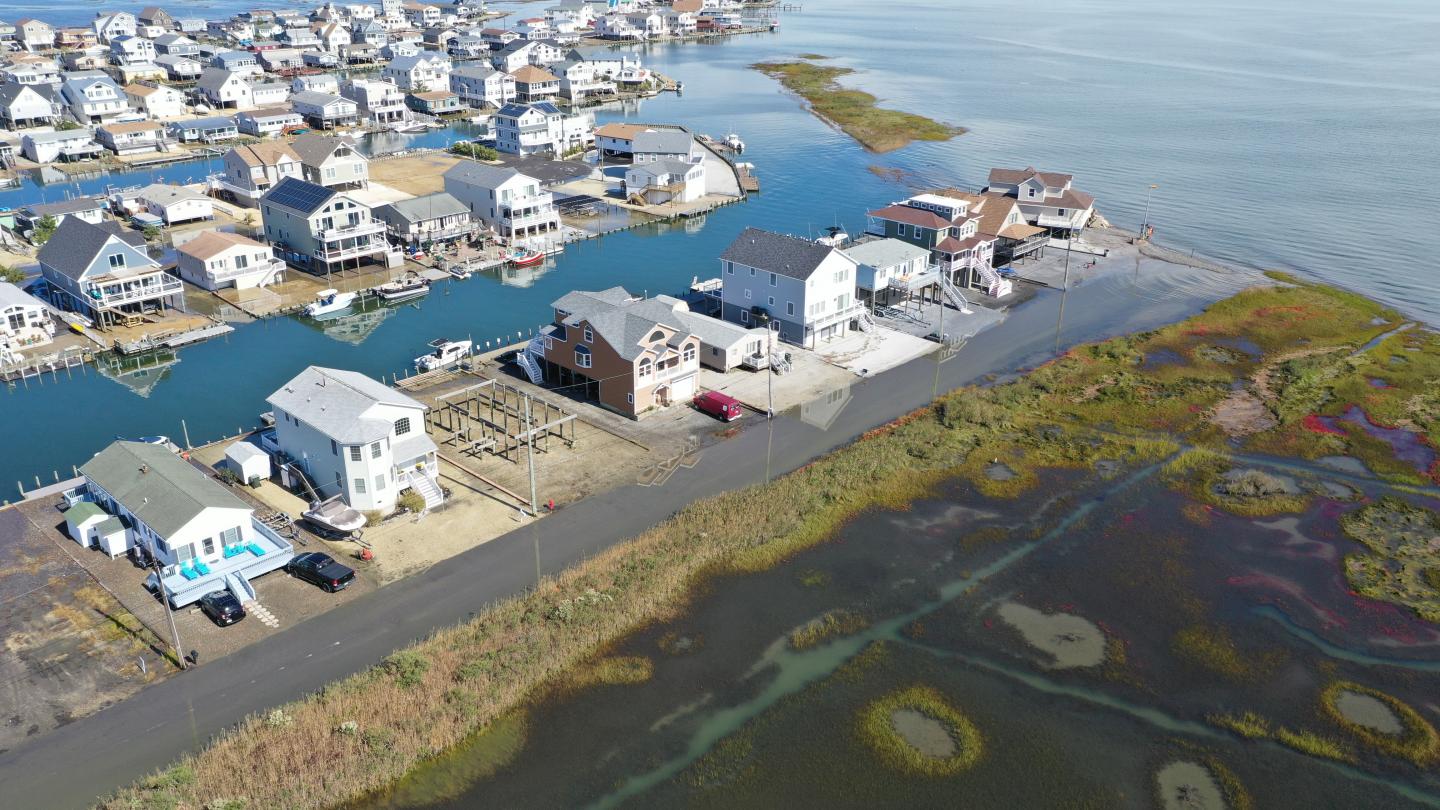 Land development in New Jersey has slowed dramatically since the 2008 Great Recession, but it's unclear how the COVID-19 pandemic and efforts to fight societal and housing inequality will affect future trends, according to a Rutgers co-authored report.

While the rate of farmland converted to urban land decreased dramatically in recent years, the conversion of upland and wetland forests increased, according to the report.

That's concerning since these ecosystems play a critical role in removing carbon dioxide, a greenhouse gas linked to climate change, from the atmosphere and storing it in wood and forest soils.

New Jersey also lost nearly 4,400 acres (almost 7 square miles) of coastal salt marshes from 1986 to 2015 due to rising sea levels and coastal erosion. Such marshes are important fish and wildlife habitat and serve as important buffers against coastal storms.

"We have been tracking changes across the New Jersey landscape for nearly three decades and observed as the state transitioned from sprawling development through the 1980s and 1990s toward more concentrated urban redevelopment in the 2000s," said co-author Richard G. Lathrop Jr., director of the Center for Remote Sensing & Spatial Analysis and a professor of environmental monitoring in the Department of Ecology, Evolution, and Natural Resources in the School of Environmental and Biological Sciences at Rutgers University-New Brunswick. "Six months ago, I would have said that we could expect this pattern to continue over the coming decade. However, given the scope of recent and ongoing events, predicting how New Jersey's land use and development patterns will change is much more uncertain."

The report analyzes change in the state's land use/land cover between spring 2012 and spring 2015, based on N.J. Department of Environmental Protection data. The research, co-authored by Professor John Hasse at Rowan University, is part of an ongoing series of collaborative Rutgers and Rowan studies examining New Jersey's urban growth and land use change since 1986.