Northeast
This Oct. 11, 2019 photo shows a car kicking up spray while driving through a flooded street in Bay Head, New Jersey. 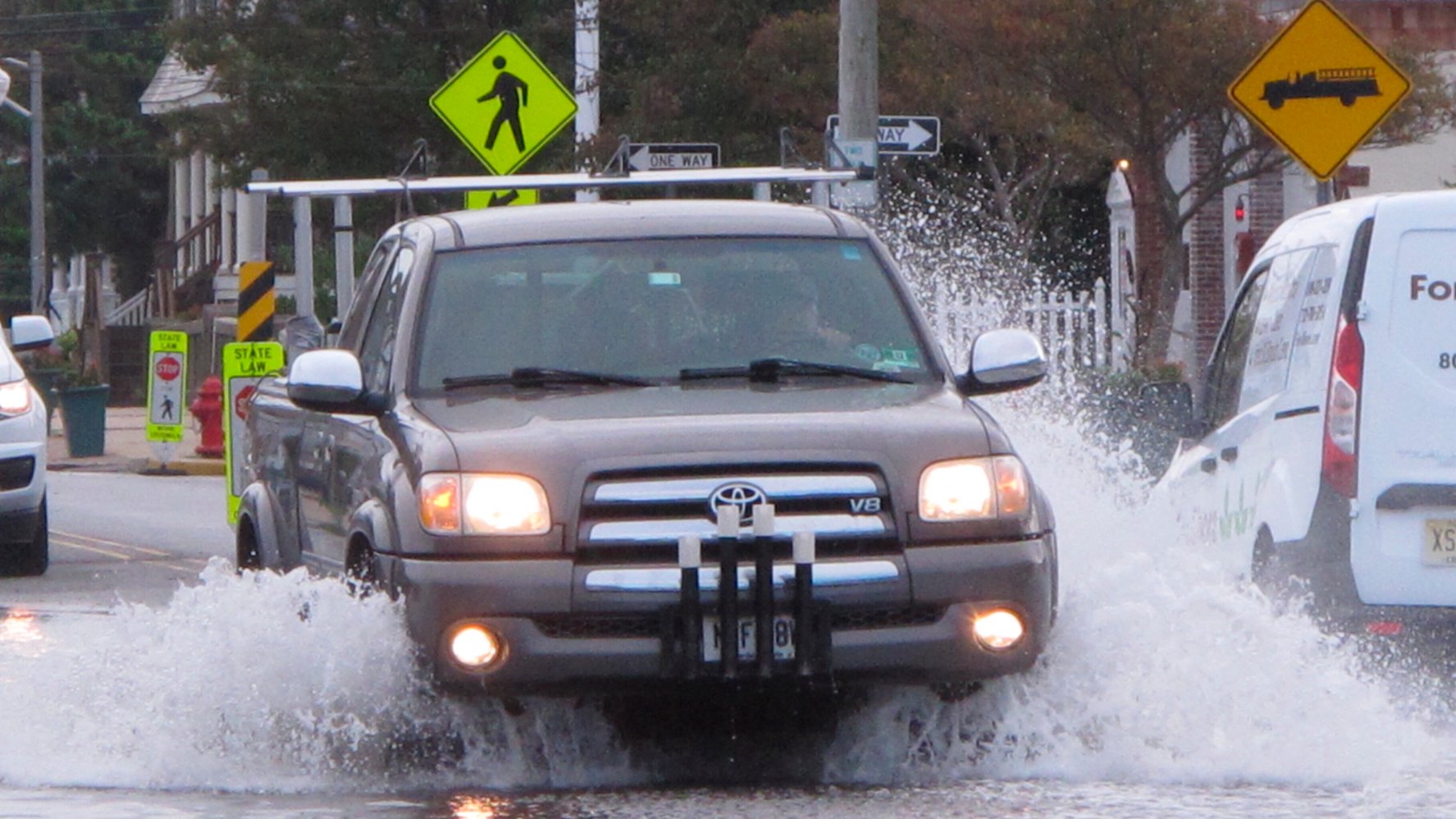 An elite but often-underwater beach town at the Jersey Shore is looking for its own solutions to back bay flooding, deciding it can't wait for state and federal officials to agree on a fix.

Bay Head is studying options to prevent, or at least reduce, incidents of so-called “sunny day” flooding caused by tides and rising sea levels, as well as major storm-related floods.

New Jersey's Department of Environmental Protection and the U.S. Army Corps of Engineers have proposed a massive $16 billion plan to address back bay flooding along the shore. That plan relies on inlet gates, barriers built across the center of some bays, and elevating nearly 19,000 homes.

But Bay Head, a wealthy, Republican-led enclave whose location at the northernmost tip of Barnegat Bay gave the town its name, feels it needs to act sooner than 2030, the earliest the ambitious project could begin construction.

A fairly unremarkable storm that passed offshore at the end of October left Bay Head inundated with what residents called the most intense flooding since Superstorm Sandy in 2012, when the borough was devastated. Water remained on streets in some places for five days in the recent storm.

“I couldn't get back to my house,” said Carol Tassini, 84. “I had to turn around three times. It was the worst I've seen it in a long time.”

Longtime Mayor Bill Curtis said flooding has been part of living in Bay Head his entire life. But recent events have raised the alarm.

“It's about time we tried to do something, because it's getting worse,” Curtis said. “We decided enough is enough."

A massive piece of marshland along the Metedeconk River in New Jersey is the latest sign of changing times along the Garden State coast. NBC10 reporter Ted Greenberg talked with stunned residents and boaters.

A preliminary plan unveiled Tuesday at a town hall meeting suggested a mix of short and long-term steps the borough could take. One recommendation borrows a proposal from the state and federal plan, installing a flood gate on Scow Ditch, a narrow body of water that connects Barnegat Bay to the south with Twilight Lake to the north.