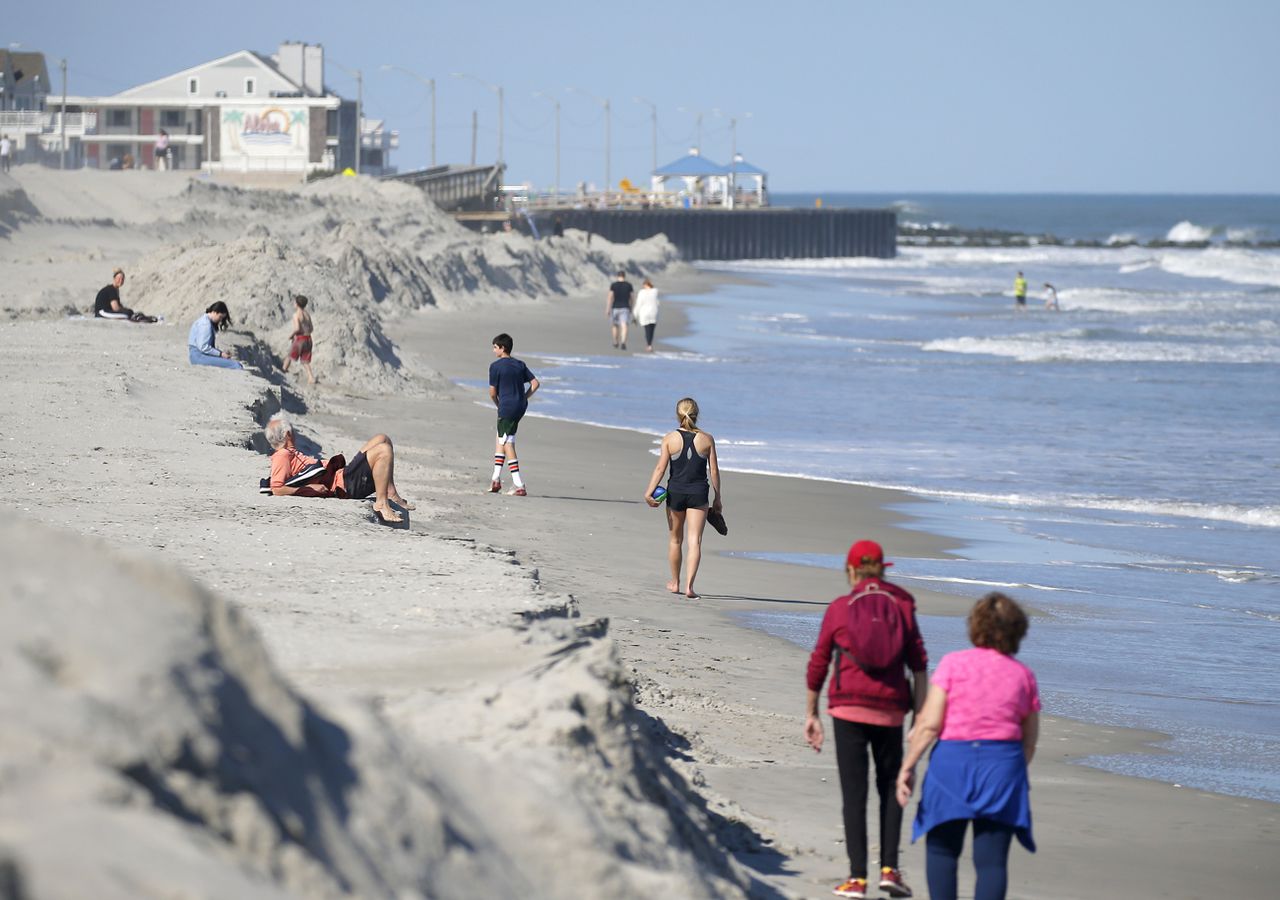 One Jersey Shore town’s work on a boardwalk entertainment complex and other beachfront improvements is a threat to public safety and breaks environmental rules, the state announced on Saturday.

Now local officials and developers need to fix the problems, or risk losing it all.

The New Jersey Department of Environmental Protection issued two violations to North Wildwood — one of which also named the Philadelphia-based real estate firm BG Capital, LLC — for a carrying out variety of construction projects in the city despite not having proper environmental permits.

The work has already destroyed eight acres of mature, vegetated dunes since March, according to the DEP. The dunes served as natural flood protection, and were also critical habitat for the areas wildlife.

Besides the eight acres of destroyed dunes, state inspectors also found more than 2,200 linear feet of unauthorized bulkheads and un-permitted construction of sidewalks and structures throughout the city’s beachfront, according to the first violation issued by DEP. That violation is only directed to North Wildwood.