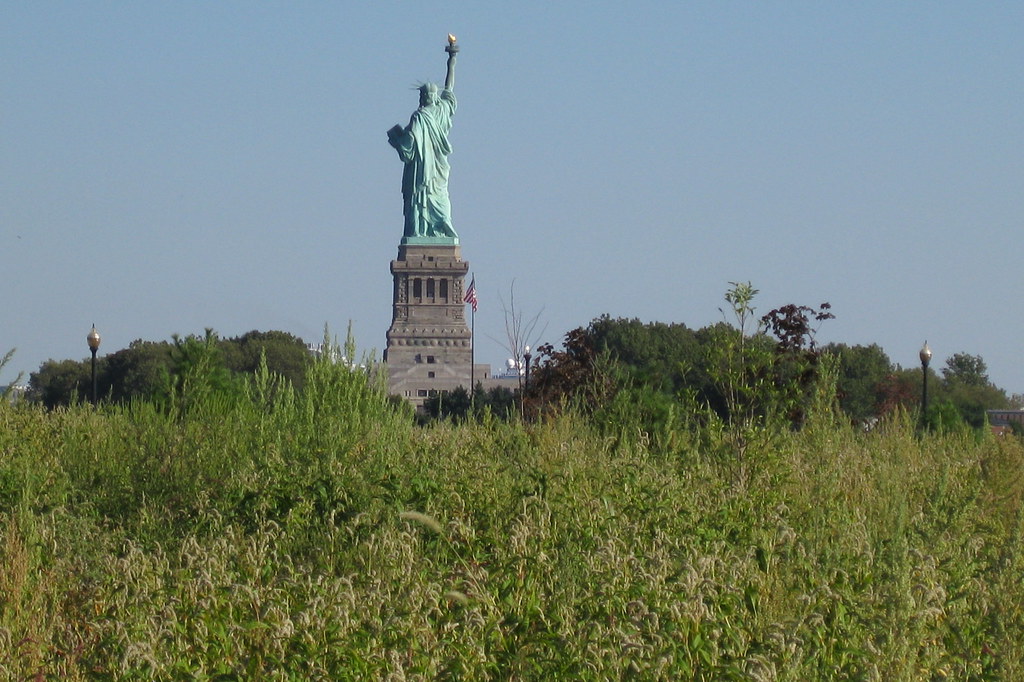 NJ - In fight against commercialization, park preservationists champion a beach for the birds

Liberty State Park again at center of controversy over development

Birds fish in the flats and perch in the reeds, their calls the only sound breaking the silence of this nature preserve inside Liberty State Park. Snails called mud dog whelks that look like rocks tumble around the water’s edge. Seaweed scattered by the tides dries in the sun.

But Caven Point is far from ordinary.

Its shoreline is the longest uninterrupted stretch of natural beach in the Upper New York Bay and Hudson River. Its location — along the Atlantic Flyway and within the harbor estuary — has made it a favorite stop for migrating birds, including several endangered species. And it is again at the center of a battle between preservationists, state lawmakers, and a billionaire golf course owner.

Lorraine Freeney was among the first in line fighting to protect this ordinary, extraordinary beach.

The avid birder, who launched a Facebook group for fellow bird-lovers and started documenting the area’s avian population, this year became an unexpected lobbyist, calling and emailing her local lawmakers to implore them to protect Caven Point and other parts of the 1,200-acre park from developers who have proposed building arenas, athletic fields, and more here.

In one of the most densely populated parts of the state, Caven Point offers urbanites a close-to-home opportunity to see horseshoe crabs, endangered birds, and sometimes even harbor seals, comb the shore for shells, and learn firsthand about pollution, climate change, and habitat preservation, Freeney said.

“Caven Point is not just for hardcore birders — it’s for everyone,” Freeney said. “To have a beautiful public space and such an important educational resource on our doorsteps is a gift. Caven Point is one of a kind, and if it’s destroyed, there’s no bringing it back.”

Caven Point has become a flashpoint in the fight against development in Liberty State Park. Environmentalists and park supporters have fended off efforts to commercialize more parts of the park almost since it opened in 1976 in Jersey City, across the New York Harbor from Manhattan. Aside from a marina, two restaurants, and a few other businesses, Liberty State Park is home mostly to passive parkland.