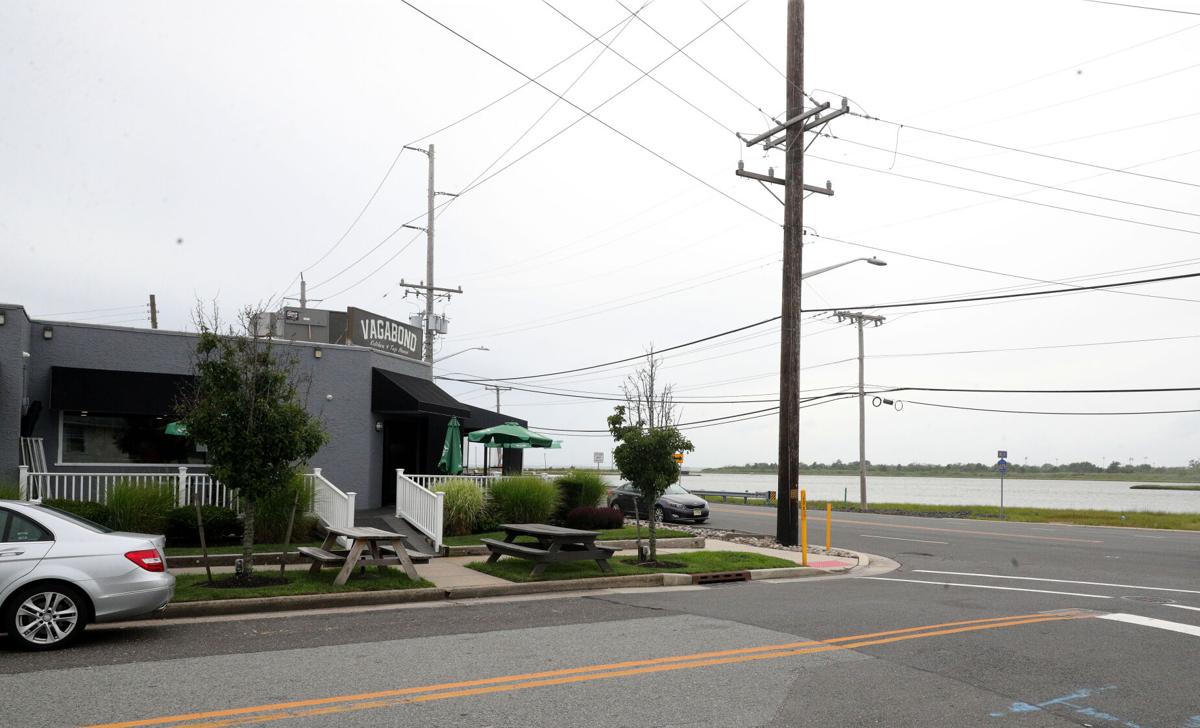 ATLANTIC CITY — Whether it’s a nor’easter, tropical system or even a full moon with an east wind, restaurant manager Elvis Cadavid will survey the kitchen at Vagabond Kitchen + Tap House and brace himself.

About 1½ feet below the seating area inside, his refrigerators, prep tables, fryers and any other kitchen equipment are put on wheels and elevated a few inches off the ground. Nearly every part of the land beneath the popular brewpub and late-night venue on North Trenton Avenue faces a chronic risk of flooding, according to an analysis by Climate Central, a nonadvocacy science and news group. There’s one exception: the patio on the Trenton Avenue side — that only faces a 10% chance of a flood each year, although by 2050, the patio also will become part of a frequent flood zone, the analysis found.

“I spend thousands of dollars a year pumping out the crawlspace,” said Cadavid. “Some future work calls for adding a couple of sump pumps so you don’t have to pay to drain it out each year.”

When the flooding is in moderate or major stage, which means a crest higher than 6.9 feet above the average low tide mark, the restaurant can lose a lunch or dinner shift, and with it, revenue and worker wages. On occasion, the flooding is so bad everything shuts down.

Since Superstorm Sandy in 2012, Cadavid has filed three flood insurance claims for loss, including damaged refrigerator units. While the insurance covers the loss, it means higher premiums for the next flooding event.

The impacts from sea level rise affect almost every facet of life in the resort city, from its economy to its culture and physical landscape. To better understand how the sea continues to shape the resort, The Press and Climate Central are spending this year looking at the challenges, coping strategies and opportunities facing the city as it deals with increasing flooding risks.

Climate Central analyzed the impact on 26 non-casino based restaurants and found that 10 would experience frequent or chronic coastal flood risks on their properties by 2050. Some, such as Vagabond, are already feeling the impact, while others have yet to see severe flooding.

From 1993 to 2017, sea levels in New Jersey have risen an average of 1.9 inches per decade, according to a Rutgers University Science and Technology panel. Of that 1.9-inch growth, nine-tenths of an inch comes from natural processes, such as sinking land. A warming world, driven by man-made greenhouse gas emissions, accounts for 0.87 inches, while 0.2 inches of the rise is due to unknown factors. The rate of sea-level rise is increasing globally, and it will continue to affect Atlantic City at a quickening pace.