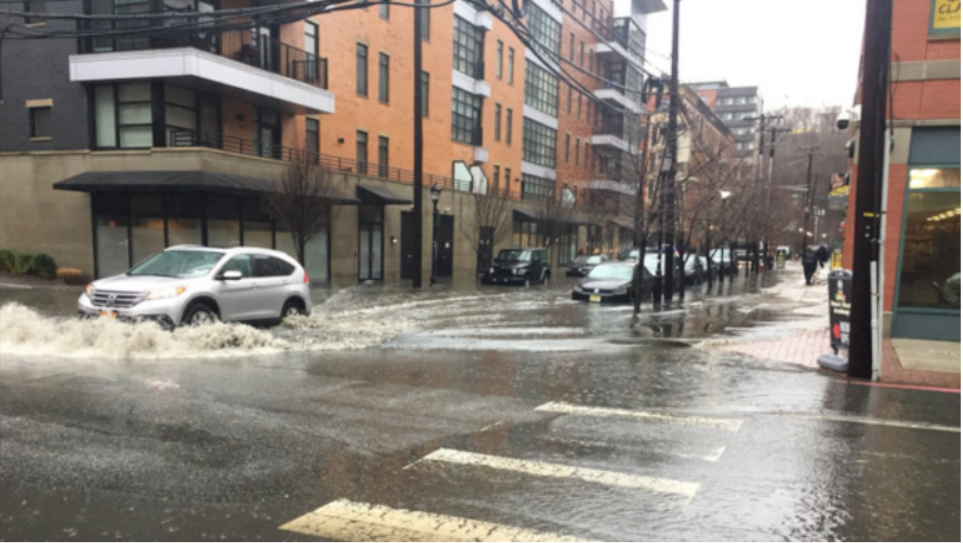 HOBOKEN, NJ – Ravi Bhalla, Mayor of Hoboken—a densely populated urban enclave sitting at sea level along the mouth of the Hudson River—has announced that the City will sue fossil fuel companies over the ongoing impacts of flooding. The basis for the suit is the collective and demonstrable denial of climate change by oil companies.

“As a coastal community, Hoboken has directly felt the impacts of climate change, including rising sea levels and more frequent storms,” said Bhalla said. “At the same time we’ve invested hundreds of millions of dollars adapting to the realities of climate change, Big Oil companies have engaged in a decades long campaign of misinformation that has contributed to global warming which has disproportionately impacted our residents. We cannot stand idly by and allow Big Oil to continue profiting at the expense of Hoboken residents. It’s time these companies pay their fair share and be held accountable for their actions.”

Hoboken’s lawsuit seeks to recover the cumulative cost of hundreds of millions of dollars to compensate the City for past, current, and future costs associated with climate change adaptation, remediation, and economic losses. The City alleges violations of the New Jersey Consumer Fraud Act, as well as claims for negligence and common law remedies to prevent and abate hazards to public health, safety, welfare and the environment.

Bhalla made the announcement Wednesday at a gymnasium built next to a resiliency park, part of Hoboken’s evolving network of floodwater mitigation systems designed to absorb heavy rainfalls and/or storm surge from extreme weather events. Directly adjacent to the resiliency park at 7th & Jackson is a 14-story 424-unit luxury apartment building at the base of the Palisades. Historically, that land is swampland that was carved out by the mouth of the Hudson River. Every so often, in the wake of heavy rain events, the river returns to reassert itself along the City’s western side and in various low-lying pockets across Hoboken.

Just this year alone, Hoboken has seen significant “50-year” flooding events within days of each other. The day after the second flood on July 22, Bhalla issued a statement saying, “To be completely straightforward–given Hoboken’s low-lying typography and location right next to the Hudson River, even with unlimited funding, we are unlikely to solve the most severe of storms (50-year flooding event or worse), like we experienced yesterday. Most of Hoboken, especially the western part of the City, was developed on land that was previously tidal wetlands from the Hudson River. NHSA estimates that to prevent the most severe of flooding events, like the storm we saw yesterday, we would need to replace our entire sewer system, which would cost an estimated $3 billion. Needless to say, this is an impractical solution."

Among Hoboken’s ambitious initiatives currently being carried out is the Rebuild By Design program, bringing nearly a quarter of a billion dollars to the City for the installation of a number of retention systems and pumps. The concept was intended to alleviate flooding after the world witnessed the wholesale devastation of Superstorm Sandy in 2012.