Northeast
Ocean City saw its share of erosion from coastal storms, but a major replenishment project will widen the north end beaches starting in late June. 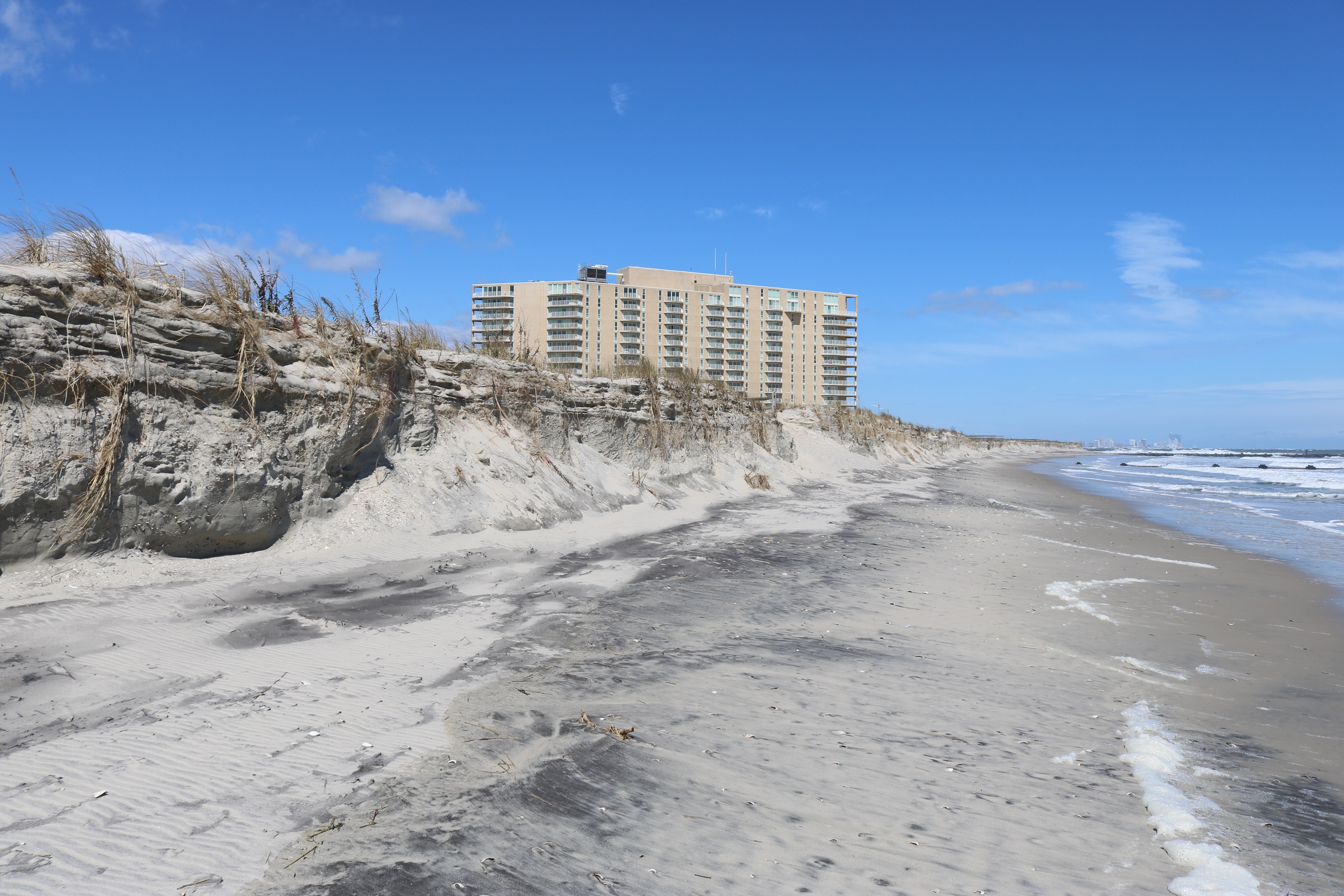 In just a couple of weeks, the north end beaches of Ocean City will be getting a lot more sand. The U.S. Army Corps of Engineers will pump more than one million cubic yards of new sand to widen the beaches and replace what was lost to coastal storms.

A total of 1.45 million cubic yards of sand will be deposited on the shoreline, according to Army Corps of Engineers Public Affairs Officer Steve Rochette.

Ocean City is one of three coastal communities, the others being Sea Isle City and Strathmere, included in the major beach renourishment project, at a cost of approximately $36.8 million.

“Dredging and beach fill operations are estimated to begin on June 26th in Sea Isle City and on June 27nd in north Ocean City,” Rochette said in an email on Wednesday.

He noted that the Army Corps will provide daily updates about beach access and closure information once dredging and beach fill operations begin. Updates will be available at https://www.nap.usace.army.mil/Missions/Civil-Works/Ocean-City-Peck-Beach-Project/

The project, being performed by contractor Great Lakes Dredge & Dock Company, is being funded primarily by the Army Corps of Engineers and the New Jersey Department of Environmental Protection. The three towns will each put in a portion.

The north end project was initially expected to begin in May but was pushed back by the contractor to give it more time to get its dredge equipment ready, Rochette said in a prior interview.

Mayor Jay Gillian explained in his Mayor’s Message last week that the city had a pre-construction conference call on June 4 about the project.

“The work will bring more than 1.4 million cubic yards of new sand to some of the narrowest beaches on the island,” Gillian said.

A pipeline from the “borrow area” offshore will land on the beach near Morningside Road, and work will progress from there toward the southern terminus of the project area at 13th Street over the course of about six weeks.

When that is complete, work will proceed for another two weeks from Morningside to the northern terminus at Seaview Road. About two blocks of beach will be closed at any time as the project moves down the beach, Gillian explained.