Coastwide
Taylor McFarland, acting director of the Sierra Club's New Jersey chapter, spoke out against beach replenishment as wasteful and environmentally harmful during a press conference Thursday on the beach in Deal.Photo by Nancy Carringer 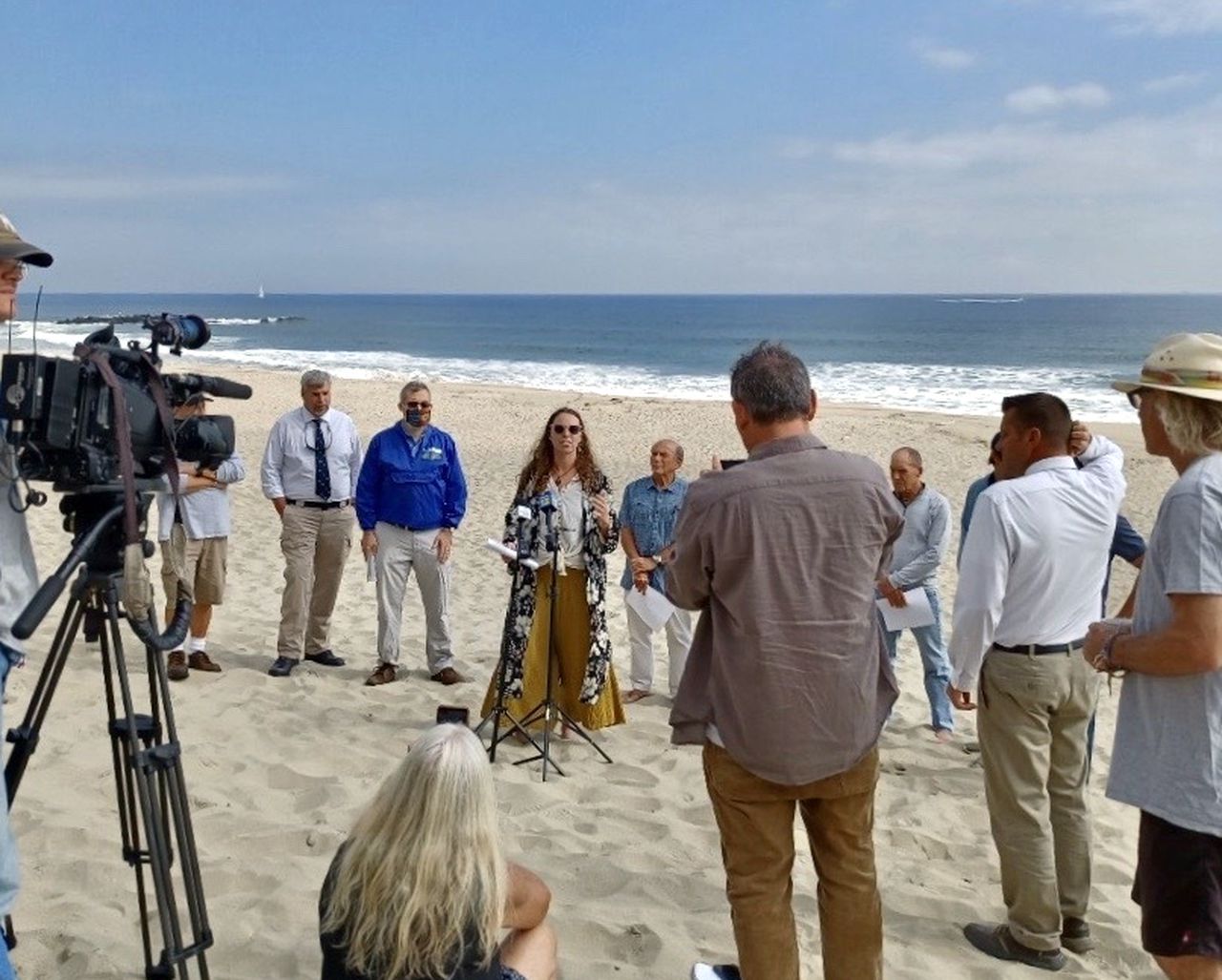 “We have continued to watch failed beach replenishment projects pump millions of dollars of sand on our beaches that just wash away in the next storm,” Taylor McFarland, acting director of the Sierra Club’s New Jersey chapter, said during a midday press conference on the beach in Deal. “That is why it’s critical that our legislators look at an overall comprehensive approach to beach erosion, shoreline damage from storms, and sea-level rise.”

The Sierra Club, the state chapter of the Surfrider Foundation, the Asbury Park Fishing Club and more than a dozen other groups oppose legislation pending in the state Assembly that would increase funding for beach replenishment projects, which are typically state and federal joint ventures carried out by the federal Army Corps of Engineers.

The bill, A-639 in the Assembly, would double the share of the Realty Transfer Tax that’s devoted to the state Shore Protection Fund from $25 million to $50 million annually. The fund finances the state portion of replenishment projects, which replace sand washed away gradually or by storms with new supplies typically dredged up from the ocean floor. The bill has already been approved by the state Senate.

Dredging to start at Ocean Isle Beach in November  WECT

Mike Castellano, chairman of the Jersey Shore Chapter of the Surfrider Foundation, said now was not the time to be doubling down on beach replenishment spending. The money would be better spent, Castellano and others say, on measures to address repetitive flooding in the northern and central parts of the state along the Raritan River and other waterways that often sustain catastrophic damage resulting from storms like Hurricane Ida.

“Given what just happened with Hurricane Ida, if the state has an extra $25 million to spend on resiliency or preparing for climate change impacts, should we really be spending it putting sand on the beach in front of wealthy people’s second homes,” Castellano said in a statement.