Northeast
Sand dunes along the oceanfront in Bay Head took a beating from large ocean swells during the recent storm in the area. Bay Head, NJ Thursday, February, 4, 2021 Doug Hood 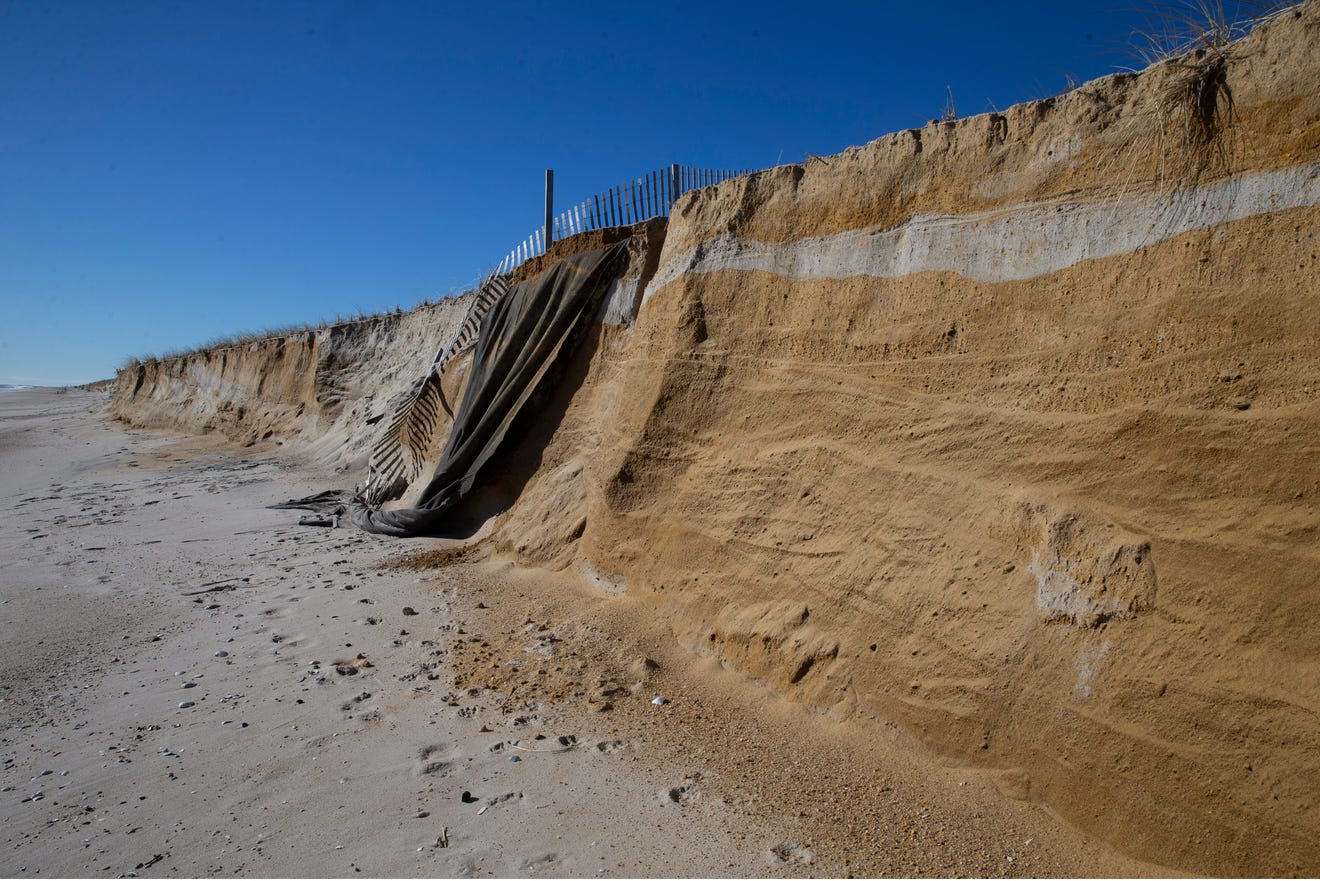 BAY HEAD - As the sea continues to carve into the storm-battered dunes on Bay Head's beach, Mayor Bill Curtis says he hopes an emergency permit to make repairs will soon be approved by the state Department of Environmental Protection.

The borough plans to use one of its on-call contractors to lower the slope of eroded dunes that Curtis said have become increasingly dangerous since a strong nor'easter struck the Jersey Shore earlier this month.

"Right now we have a very dangerous situation," Curtis told the Press. He said he believes the borough could get the permit from DEP this week.

Beach erosion cost:  Who will pay to fix Jersey Shore eroded beaches? Army Corps help might not be coming

The mayor estimates nearly 10 more feet of sand has been carved out of dunes at Bridge Avenue and Mount Street in the week since Curtis and U.S. Rep. Chris Smith, R-N.J., met in Bay Head with Lt. Col. David Park, commander of the U.S. Army Corps of Engineers Philadelphia District, and DEP officials to review storm damage.

"It's creating a cave-like carve-out," Curtis said. "I am afraid kids will see that and go in, and it will collapse."

The borough has closed its beaches: only the Strickland Street entrance remains open.

Curtis said he did not know yet what the emergency repair work would cost. And while the mayor said Bay Head hopes to get reimbursed for the dune from either the state or the U.S. Army Corps of Engineers, so far, it seems unlikely that money will be forthcoming.