Mid-Atlantic
The Mantoloking Beach, pictured at Princeton Avenue, is accessible by 10 walkways over the dunes 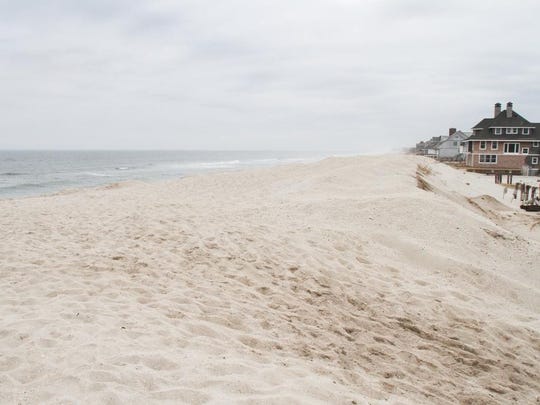 A state appeals court has rejected Ocean County oceanfront homeowners' argument that the Department of Environmental Protection acted "arbitrarily and capriciously" when it used eminent domain to seize portions of their property for a beach replenishment project.

The rulings in three separate cases — issued last week — are the latest setback for property owners in Bay Head, Mantoloking, Point Pleasant Beach and Berkeley who have fought a nearly five-year-long battle against an Army Corps of Engineers dune project.

Oceanfront property owners in Bay Head and northern Mantoloking argued that they have spent more than $7 million of their own money to construct and maintain a rock wall that they claim lessened damage when superstorm Sandy slammed into the northern Ocean County barrier island in October 2012.

The homeowners had attempted to opt out of the $128 million U.S. Army Corps of Engineers project to build 22-foot-high dunes and expand beaches from the Manasquan to Barneget inlets.