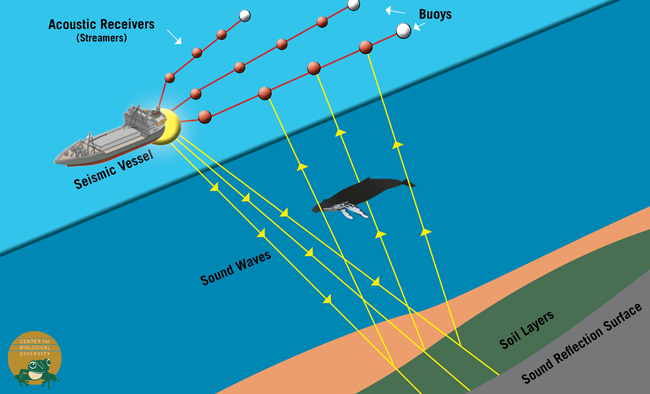 NJ - Assault on ocean is ending

Communities can breathe a little easier knowing the Atlantic Ocean is now safe from seismic airgun blasting in 2020, after lawyers revealed that the industry will not pursue efforts to employ seismic blasting to search for offshore petroleum deposits this year, and possibly for several years.

Those permits allowed five companies to harm or harass marine mammals while conducting seismic airgun blasting in an area twice the size of California, stretching from Cape May, New Jersey to Cape Canaveral, Florida.

A hearing in the matter marked a victory for dozens of organizations and thousands of coastal communities and businesses in a years-long legal and public battle challenging the government’s issuance of IHAs.

Those authorizations were needed because the air-gun bombardment of the sea floor would have hurt ocean animals, including the critically endangered North Atlantic right whale.

Environmental organizations said Trump administration’s decision to harm marine mammals hundreds of thousands of times in the hope of finding oil and gas was shortsighted and dangerous.

“Seismic blasting harms whales in the search for offshore oil that we should leave in the ground. We can’t allow the oil industry’s greed to threaten endangered North Atlantic right whales and other vulnerable species,” said Kristen Monsell, ocean legal director with the Center for Biological Diversity. “We’re happy these animals will have a reprieve from this unjustified acoustic attack on our oceans. We’ll keep fighting to ensure the oil industry stays out of the Atlantic.”

“We are at a crucial time for the last remaining 400 North Atlantic right whales on the planet,” said Alice M. Keyes, vice president of coastal conservation for One Hundred Miles. “Seismic blasting in the Atlantic would sound the death knell for this magnificent species. We are proud to stand alongside hundreds of thousands of Georgians and East Coast residents who have fought against seismic blasting for the protection of our marine mammals, fisheries, and ocean-dependent economies.”

“The end of Atlantic seismic testing for the foreseeable future is a much-needed reprieve for marine life, including the critically-endangered North Atlantic right whale,” said Jane Davenport, senior attorney at Defenders of Wildlife. “However, until there is an outright ban on offshore oil and gas drilling along the East Coast, we will continue to fight against this disruptive and dangerous practice.”