Northeast
The state Endangered and Nongame Species Program and the Forsythe Refuge were granted approval to close ‘Horseshoe Island’ to people from March 1 to Sept. 30 each year for a period of five years to protect birds. Photo Courtesy of NJ Fish and Wildlife 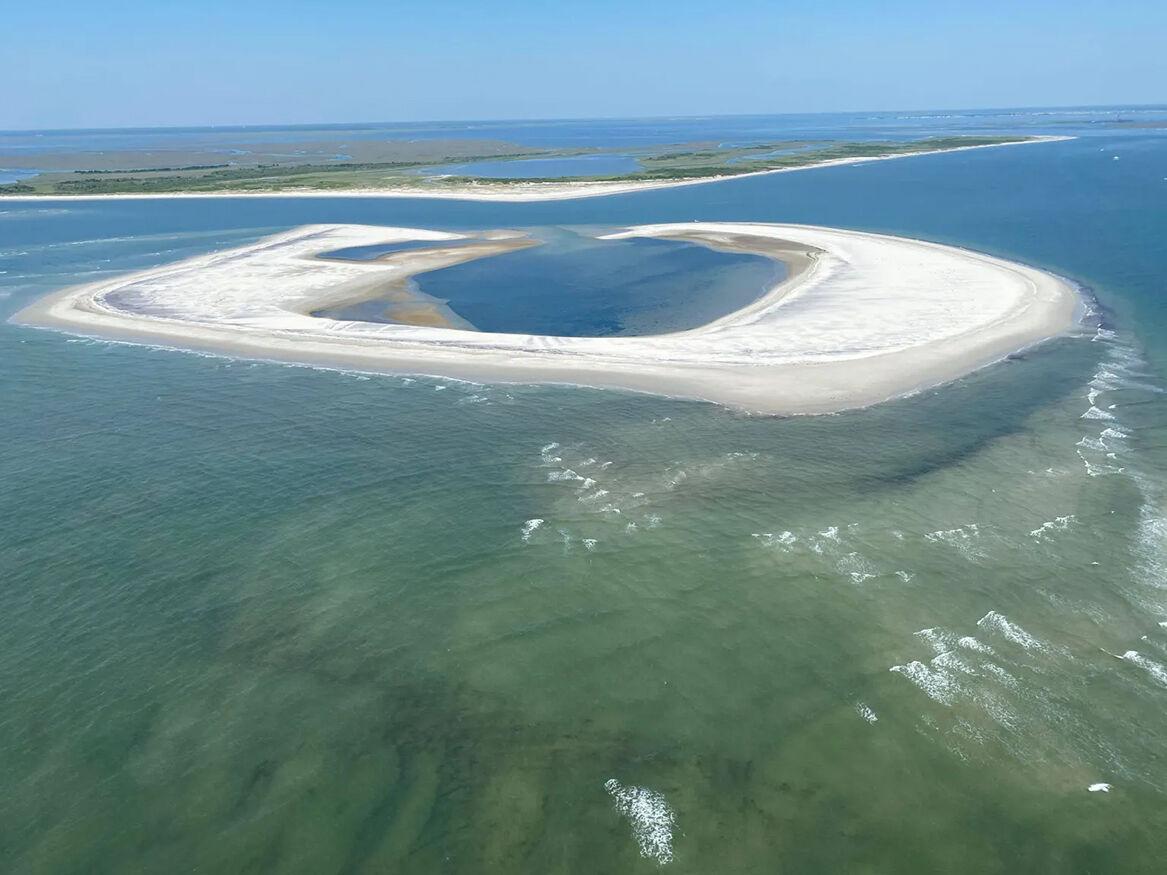 NJ - A new island emerges at the Jersey Shore, and boaters are angry it's been closed to protect birds

Something remarkable has happened over the past few years off the coast near Brigantine: A sandbar, or shoal, has emerged into what wildlife officials are calling a 100-acre island complete with lagoon that already is “one of the most critically important areas for birds” in New Jersey.

Officials from the state Department of Environmental Protection and U.S. Fish and Wildlife Service launched a plan this year to manage what they’ve named Horseshoe Island and close it to the public from March 1 to Sept. 30, when nesting is over, for the next five years. The island is about 1,200 feet offshore, just south of Little Egg Inlet off what’s known as Little Beach Islands near Brigantine.

“I don’t think we’re saying it’s going to be permanent, but it’s evolved to where it’s an island now,” said Todd Pover, a senior biologist with the Conserve Wildlife Foundation of New Jersey. “We’re being told by experts it could last a number of years. We certainly don’t have anything like it anywhere else in New Jersey.”

Sandbars are nothing new at the Jersey Shore — coming and going with the tides, and ever shifting their shapes. But Horseshoe Island is different, Pover said, because of its size, location near protected areas, and apparent staying power.

The management plan says Horseshoe Island, so named for its shape, provides habitat for a number of species, including 470 endangered least terns, making it the largest colony of the species in the state. It also provides roosting habitat for 80 red knots, which are federally threatened and state endangered.

“It’s not just that the island is unique,” Pover said, “but it’s become a very important habitat. It has a number of endangered species though it’s a relatively small 100 acres.”

Pover and other biologists from the Conserve Wildlife Foundation of New Jersey had been monitoring the evolution of the sandbar for three years. An article Pover wrote last month about the island attracted the attention of boaters.

As Memorial Day weekend approaches, boaters are angered over the closure. For at least the past few summers, they have flocked to the island to sunbathe, swim, and picnic.

“I understand that people want to protect the environment,” said Michael Gremling, 57, who has been boating in the area for years. “But that thing is a mile or two around. It’s huge, and I don’t see why there couldn’t be sharing of it ... it’s a sandbar, well, really a shoal. It’s not an island. If it disappeared tomorrow, those birds would lay their eggs somewhere else and fly on.”

Where did the island come from?

The island is within an area of Atlantic County noted “as one of the most dynamic ecosystems in New Jersey,” according to the management plan released in April. It includes miles of inlets that intersect with areas of the 48,000-acre Edwin B. Forsythe National Wildlife Refuge, which is managed by the U.S. Fish and Wildlife Service and also designated a National Wilderness Area.

The western side of the Little Egg Inlet is also next to the state DEP’s Fish and Wildlife’s Great Bay Boulevard Wildlife Management Area and is overlaid by the Jacques Cousteau National Estuarine Research Reserve. and parts of Holgate at the southern tip of Long Beach Island are also closed part of the year for birds.

All those surrounding protections have made nearby marshland a major habitat for wildlife over the years.