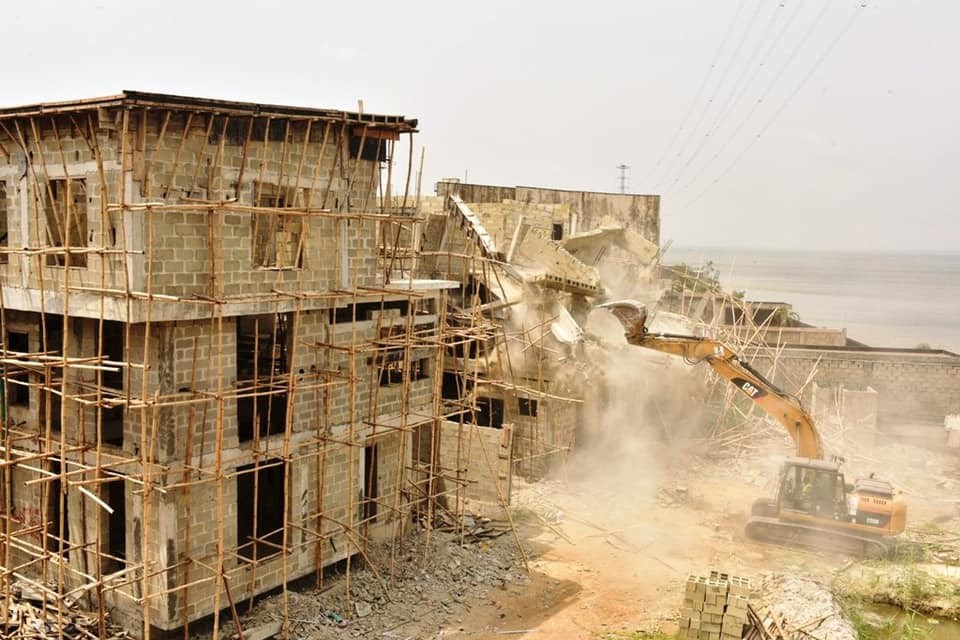 Lagos says there is an urgent need to nip the land extension work in the bud.

The Lagos State Government has commenced the re-channelisation and re-alignment of the Banana Island shoreline, with the dredging and re-opening of the illegally reclaimed portion of the Creek at 101 Close, First Avenue on the Island.

This was disclosed by the Commissioner for Waterfront Infrastructure Development, Arc. Kabiru Ahmed Abdullahi, on Wednesday.

While inspecting the reopening of the creek, Abdullah explained that there was an urgent need to nip the land extension work in the bud.

According to him, the extension has narrowed the creek and brought about distortion in the aesthetics of the shoreline as well as a high possibility of environmental degradation.

The Commissioner stated that perpetrators of the illegal reclamation into the Lagoon violate the Physical Planning laws of the State, adding that they had been served with ‘Stop Work’ orders but persisted in the reclamation and construction.

He said, “State Government will not fold its arms and watch the degradation of its environment and attendant risk to life and property of the citizenry.

“The demolition, as well as dredging and channelisation works on the illegally reclaimed lands, will continue at Banana Island and other shoreline areas of Lagos in order to restore sanity.”