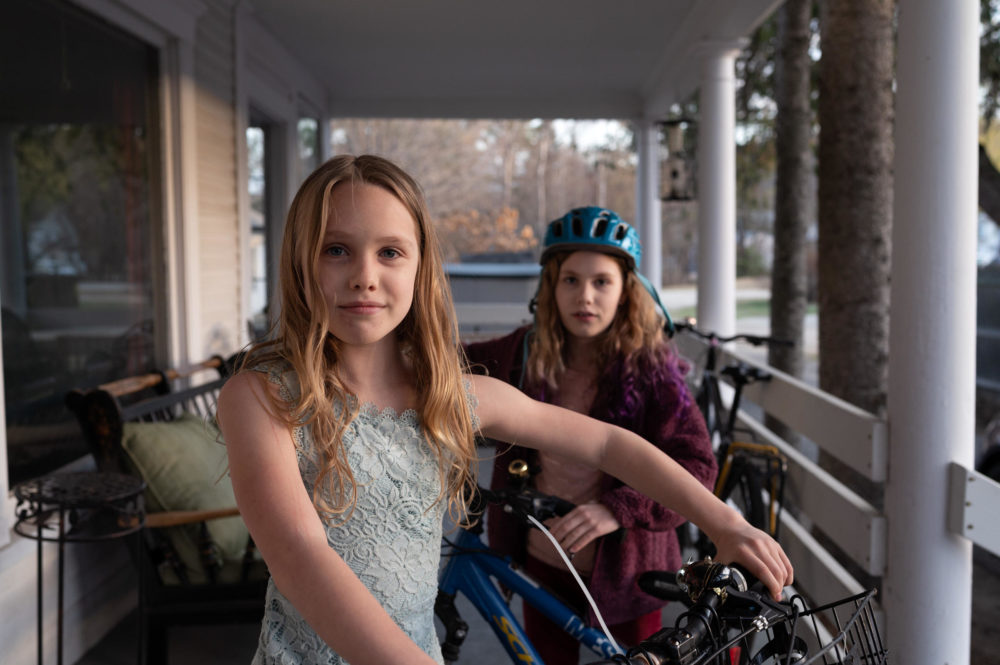 NH - 'It's My Future': A New Generation Of Young Climate Activists Takes The Helm In New Hampshire

Under current warming trends, states like New Hampshire will have shorter winters with less snow. Some coastal areas will be underwater. And it will all be worse without swift action to stop fossil fuel emissions.

This possible future is calling more and more of New Hampshire's young people to act — and they're getting results.

Ember and Azalea Morgan of Andover remember where they were when they first realized what climate change was doing — and would do — to their planet.

"We were at a friend's house for a party, dinner, thing, blah blah blah," says Azalea, age 9. "And we were watching TV, National Geographic, I think, and I saw this video about, like, polar bears and global warming and how the ice is melting and they don't have a lot of ice left. And I got really sad."

Scientists and the United Nations say the world has about until 2030 to prevent the worst effects of climate change. That's about when Azalea and her sister Ember, 10, will be in college.

Molly Morgan, the girls' mom, remembers what happened that night at bedtime.

"I had a moment with Azalea in her bed when she was just sobbing uncontrollably, like almost like I'd never heard her sob before," Molly says. "For me to have my own child be cognizant of these climate issues and mass extinction on our planet — it just really hit home to me."

This was in 2019, just days before a major climate summit in New York. Then-16-year-old Greta Thunberg, now a household name, was sailing there across the Atlantic to raise awareness about climate change.

It gave the Morgans an idea: to pack up and bike all the way to New York from their home in New Hampshire to be part of the moment.

"It certainly was empowering, especially having those girls peddling their little legs on these tiny bicycle wheels hundreds of miles," Molly Morgan says. "Really, it was phenomenal."