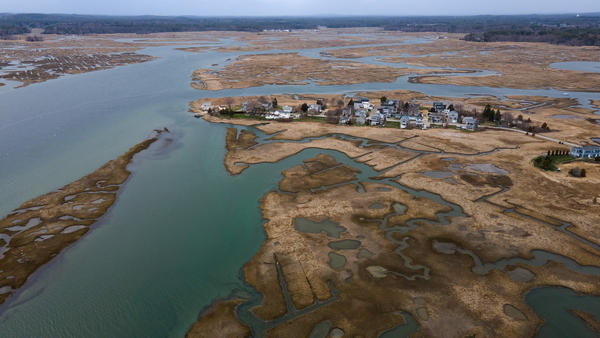 NH - How Risk From Climate Change Will Reshape Flood Insurance In N.H. and New England

People living on and off the coast of New England will soon be at a greater risk from flooding due to heavier rain and rising seas caused by climate change.

Global warming will put more pressure on the federal flood insurance program, which is already overstretched, prompting an overhaul to be completed later this year.

Regulators hope the change will make the system more fair, sustainable and climate-conscious. But some homeowners worry it’ll drive up their rates.

Who has to have federal flood insurance in New England?

You’re required to have flood insurance if you have a federally-backed mortgage and you live in a flood hazard zone, as mapped by the Federal Emergency Management Agency. These flood zones are found on and off the coast, in tidal areas, river floodplains and more.

FEMA says about 7,700 people currently have flood insurance in New Hampshire. The usage is similar in Maine, with a few thousand policies in Vermont and tens of thousands in Southern New England.

Policies can cost anywhere from hundreds to thousands of dollars a year, and provide reimbursement when a home is damaged in a flood. In the past decade, the average flood insurance payout in New Hampshire was about $17,000, according to FEMA.

The agency periodically redraws its flood maps to account for changing risk levels. They added many homes to the program in New Hampshire after the Mother’s Day and Patriot’s Day floods of 2006 and 2007 -- costly disasters caused by days of steady rain, the kind that's expected to happen more often as the climate warms. About a quarter of the roughly 4,000 flood insurance claims filed in the state since 2005 came soon after those floods, according to state regulators.