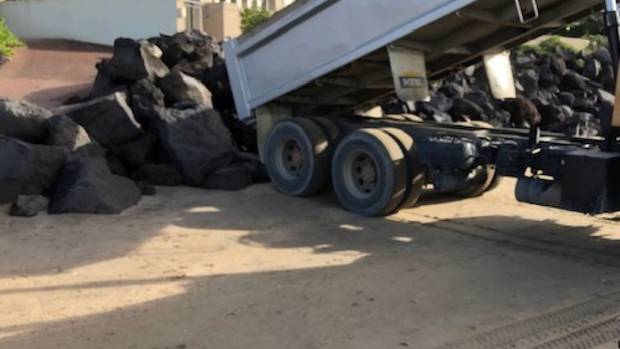 Waterfront property owners in one of Auckland's wealthiest suburbs have been officially warned after piles of rocks were discovered dumped on the public beach in front of their homes.

Milford resident Perry Hutchinson said he came across a truck driving along Milford Beach multiple times nearly two weeks ago, where a landowner appeared to be dumping large volumes of large rocks on the sandy strip of beach in front of their home.

He was concerned the rocks were dropped in the coastal marine area, and obstructed public access along the popular beach.

"It is systematic destruction of a pristine beach," Hutchinson said.