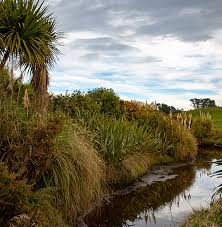 Independent Commissioners have approved two plan changes progressed by the Whakatāne District Council to enforce a managed retreat from areas at risk of natural hazard at the Awatarariki Fanhead in Matatā.

A key feature of the Resource Management Act 1991 (RMA) is the strong protection that it affords to existing uses of land: A land use may contravene a rule in a district plan if the use has been lawfully established before the rule became operative, or if the effects are the same or similar in character, intensity and scale to what existed before the rule became operative. These “existing use rights” have often been described as being akin to private property rights.

However, the RMA does not protect the existing use of land from regional rules controlling the use of land (section 10(4)). This exception was recently tested for the first time by the Whakatāne District Council in plan changes aimed at managing the natural hazard risk at the Awatarariki Fanhead in Matatā.

The Awatarariki Fanhead is subject to a high risk of debris flow. Such an event occurred in 2005, triggered by a storm, and resulted in about 300,000m3 of boulders and debris flowing through the fanhead and causing significant damage to land, buildings, and road and rail infrastructure. Multiple expert opinions commissioned by the Council confirmed that the risk of a further debris flow event resulting in a loss of life was unacceptably high, and that the risk was further exacerbated by climate change. Managed retreat was confirmed to be the only viable way to avoid or mitigate this risk.