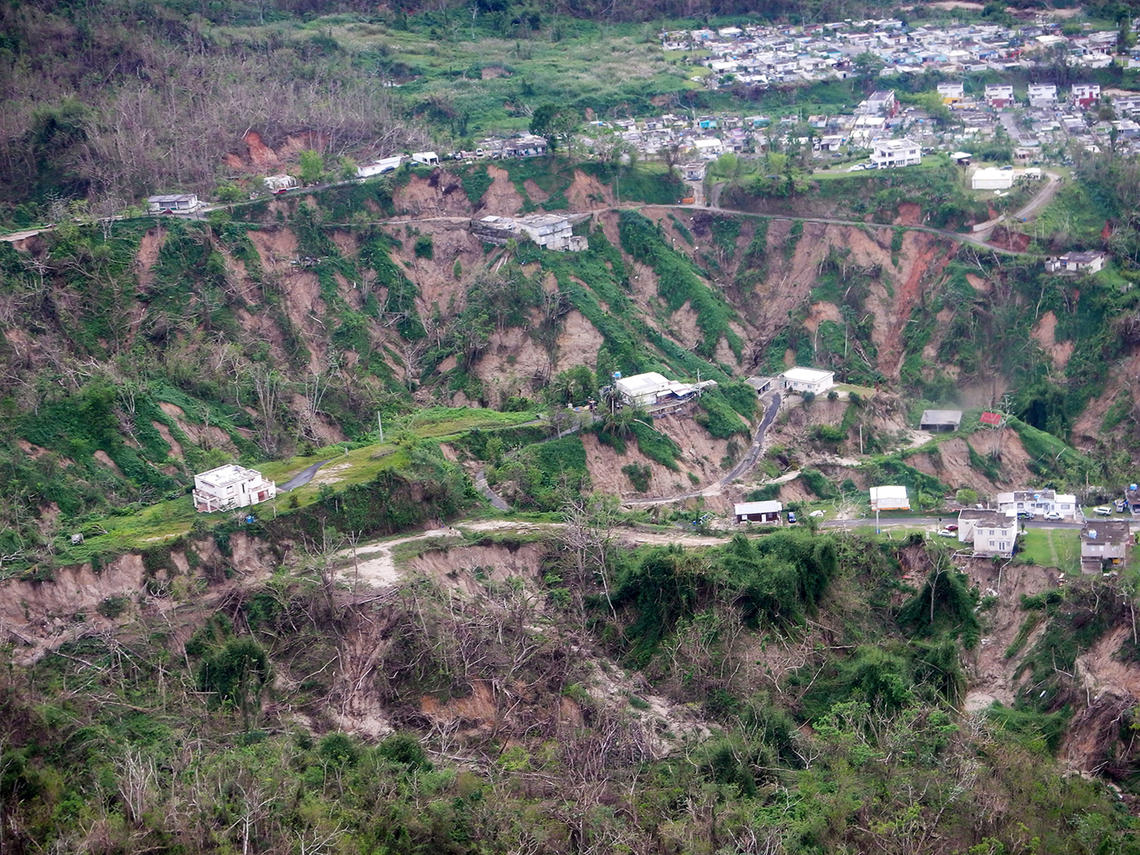 A new U.S. Geological Survey map of Puerto Rico shows the relative risks of landslides due to the kind of intense rainfall brought on by hurricanes. It identifies 20% of the island as at high risk, 9% at very high risk, and 1% at extremely high risk of landslides under those conditions.

After powerful Hurricane Maria crossed virtually the entire island in 2017, deluging its mountainous terrain with heavy downpours, USGS ground-failure experts spent about two weeks crisscrossing the island by road and in helicopters. They evaluated hundreds of the more than 70,000 landslides brought on by the hurricane. “We saw the hardships that landslides caused the islanders,” said USGS research geologist William H. Schulz and geologist Stephen Hughes of the University of Puerto Rico Mayagüez, the map’s co-authors.

Because Hurricane Maria’s devastation was so extensive, it provided the scientists with plenty of evidence to build a reliable computer model of hurricane-induced landslide susceptibility across the entire island, Schulz said. The resulting map can help community planners decide where to site public buildings, emergency shelters, roads, dams and bridges, and can also help with evacuation planning when hurricanes are forecast to strike the island.

“If used properly, I believe it will help reduce loss of life in future storms,” Schulz said. “That was our primary goal in creating it.”