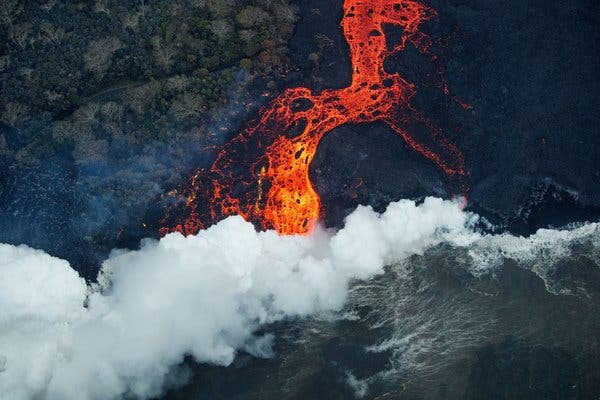 New marine life has formed in pools at a black sand beach created by the Kilauea volcano eruption, according to researchers in Hawaii.

By
The Log via the Associated Press
Section:
Science
Region:
Hawaii & Alaska

More than 700 homes were destroyed after Kilauea erupted in May 2018.

State Department of Land and Natural Resources researchers observed the activity in newly formed anchialine pools, which are land-locked and filled with brackish water. The pools that formed 14 months after Kilauea’s lava stopped flowing are connected to the ocean and the area’s groundwater and flow with the tide.