Coastwide
Over 500 individuals of fossil comma shrimp were found, preserved in such detail that even their eyes, antennae, mouthparts, legs, guts and hairs were easy to distinguish. 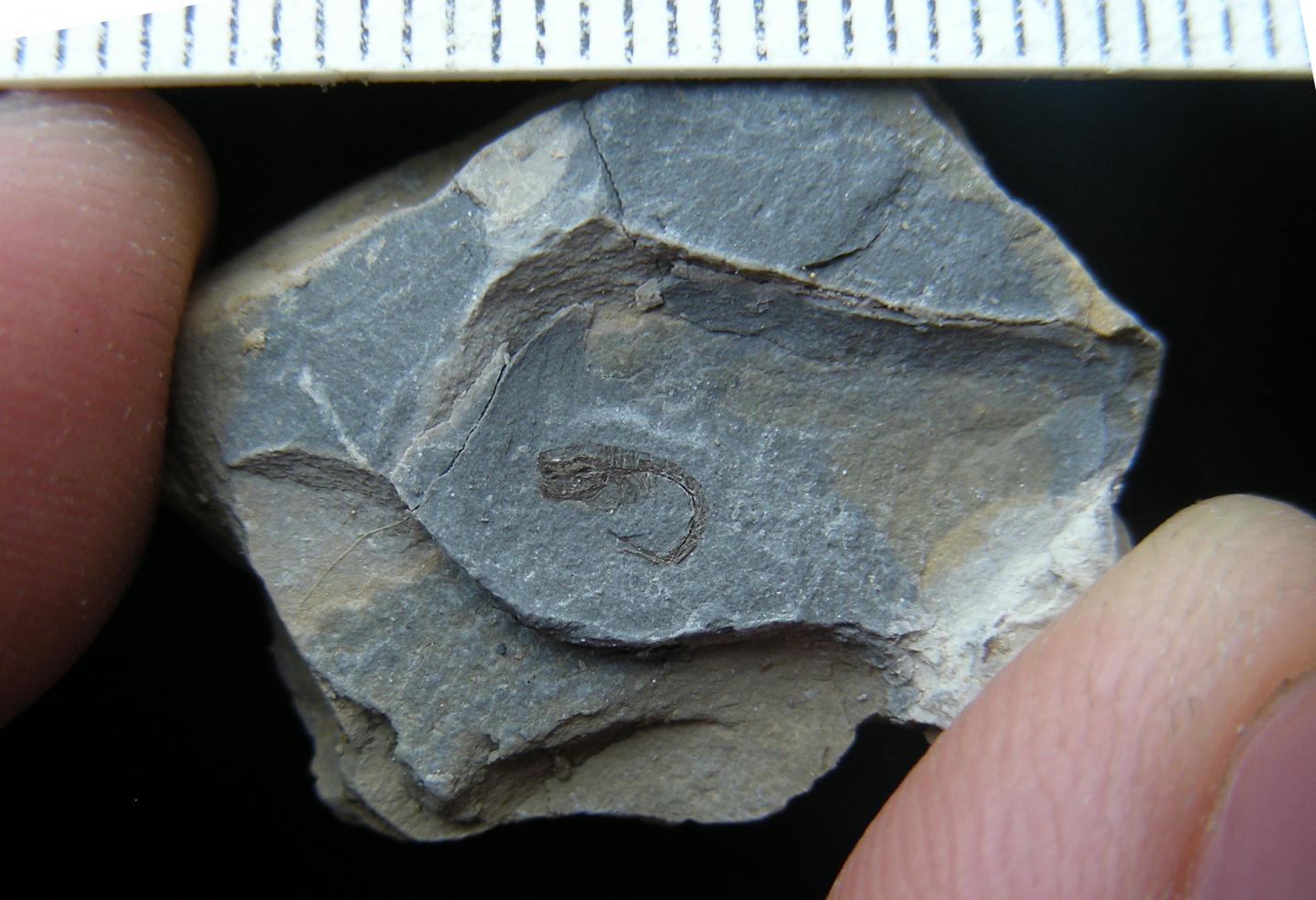 Millions of years before Colombia won its independence from Spain at the historic Battle of Boyacá, the site was covered by an inland ocean inhabited by marine invertebrates. Researchers at the Smithsonian Tropical Research Institute (STRI) and collaborators discovered a new fossil species of comma shrimp that was remarkably well preserved in mid-Cretaceous rocks of Boyacá, now part of the Colombian Andes, allowing them to fill a 160 million-year gap in the evolution of these crustaceans.

Comma shrimp or Cumacea are small, delicate marine arthropods with unusual comma-shaped bodies. Even though they are an abundant group, with nearly 2,000 species distributed throughout the globe, they have one of the poorest fossil records among crustaceans. The discovery of over 500 individuals in Boyacá, preserved in such detail that even their eyes, antennae, mouthparts, legs, guts and hairs were easy to distinguish, was a unique opportunity.

"Cumaceans are a very special group of crustaceans with an odd comma-shaped body form," said Javier Luque, a STRI research associate and postdoctoral associate at Yale University who led the discovery. "There are eight families, over 165 genera and close to 2,000 species of living comma shrimp, and despite living in soft sediments with high potential for fossilization worldwide, none of them have known fossils. This means that we had no idea about when modern comma shrimp evolved, until now. Our new fossil discovery is one of a kind and represents the oldest modern comma shrimp known, and a first for the Neotropics."

The new genus and species--named Eobodotria muisca for the Muisca tribe, native Americans who lived in the Colombian Andes where the fossils were discovered, and reported in the journal Proceedings of the Royal Society B--dates back to between 95 and 90 million years, a time when Boyacá was largely covered by an extensive but narrow inland sea. Other ancient 'cumacean-like' fossils discovered previously have been mostly incomplete and poorly preserved specimens from the United States and Europe, and cannot be placed with confidence within the Cumacea group.

"The key morphological features that define cumaceans are simply missing from the other fossils," said Sarah Gerken, from the University of Alaska Anchorage and who coauthored the work. "The 160 million-year-old Jurassic species from France is a true cumacean, but the few specimens known are not preserved in detail to elucidate any family relationship or even determine their sex."

"Our new fossil from Colombia, represented by hundreds of individuals, is the first confirmed fossil that belongs to a living family of comma shrimp, the Bodotriidae, and dramatically extends the fossil record of the family for nearly a hundred million years," Luque said.

Another unusual aspect of the discovery was the abundance of adult males, preserved sideways, in the sample. This led the scientists to suggest that the E. muisca were searching for mates, rather than molting, when they suddenly died in the ocean.

"The fine and delicate features seen in the fossils mean the fossils are not shed outer shells or exoskeletons but corpses," Luque said. "While it is common for adult males in shallow-water species to swarm at night in search of mates, females are not commonly found in high densities in the water column," Gerken said. "As the vast majority of the fossils are adult males, it suggests a mortality event in the water column that occurred during the night."

There is still much to uncover regarding the origins and relationships of these crustaceans, but the clear affinity of this species within a modern family provides the first evident marker for the evolution of modern comma shrimp. The discovery of this new fossil assemblage to which E. muisca belongs, in turn, is the first of its kind in northern South America, and it opens new avenues for the study of marine invertebrates in past and present tropical settings.

Members of the research team are affiliated with the Smithsonian Tropical Research Institute, the Department of Geology and Geophysics at Yale University, the Department of Biological Sciences at the University of Alberta, and the University of Alaska Anchorage. Research was supported by Derek E.G. Briggs (Yale), Carlos Jaramillo (STRI), Chris Cameron (UdeM) and Rich Palmer (UofA), and funded by the Fondo Corrigan-ACGGP-ARES, the Natural Science and Engineering Research Council of Canada Graduate Scholarship, an NSERC Postdoctoral Fellowship, the Izaak Walton Killam Memorial Scholarship, the Andrew Stewart Memorial Graduate Prize, the University of Alberta President's Doctoral Prize of Distinction, the Alberta Society of Professional Biologists Graduate Scholarship and Yale Institute for Biological Studies.

The Smithsonian Tropical Research Institute, headquartered in Panama City, Panama, is a unit of the Smithsonian Institution. The institute furthers the understanding of tropical biodiversity and its importance to human welfare, trains students to conduct research in the tropics and promotes conservation by increasing public awareness of the beauty and importance of tropical ecosystems.