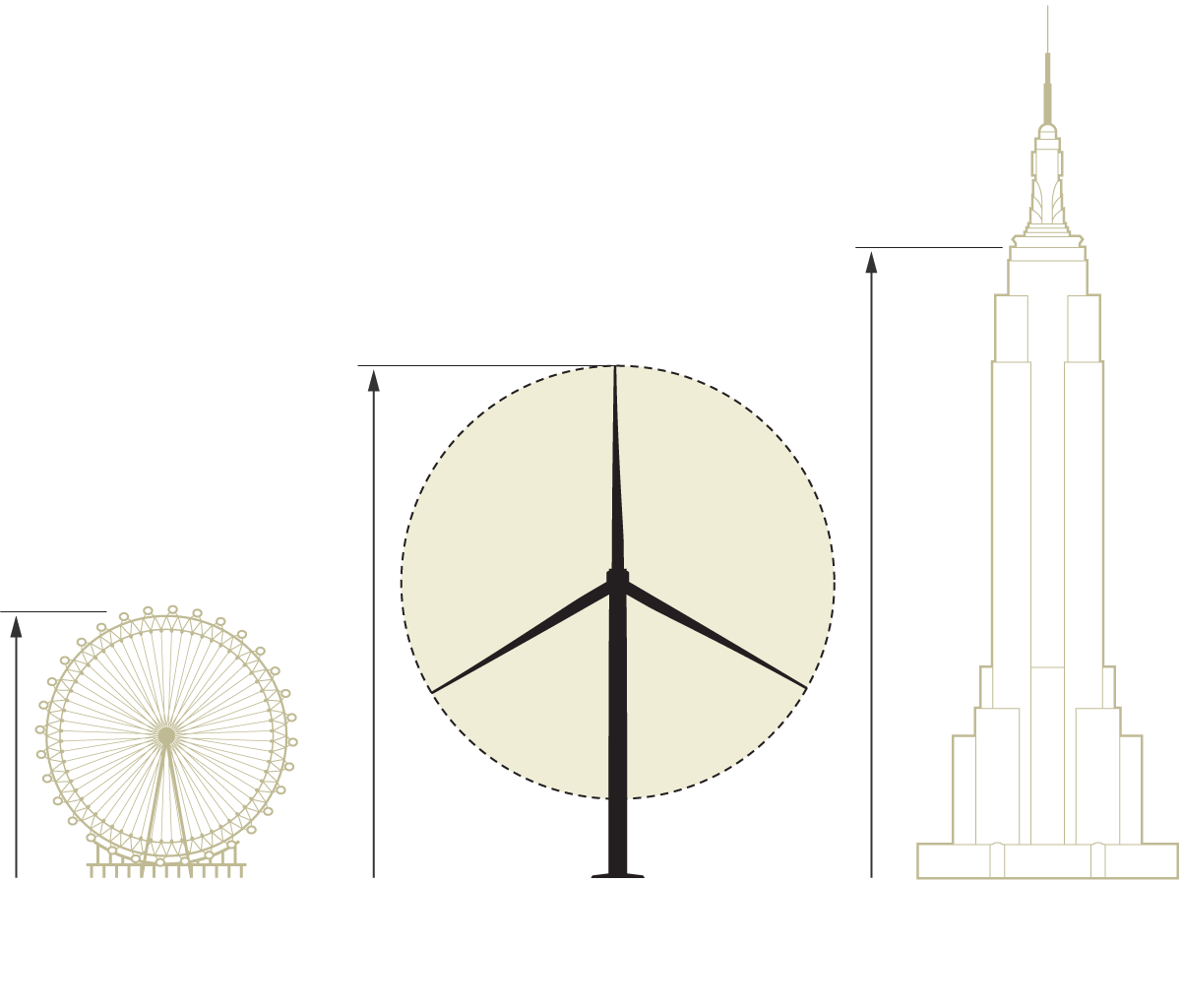 Netherlands - A Monster Wind Turbine Is Upending an Industry

G.E.’s giant machine, which can light up a small town, is stoking a renewable-energy arms race.

Twirling above a strip of land at the mouth of Rotterdam’s harbor is a wind turbine so large it is difficult to photograph. The turning diameter of its rotor is longer than two American football fields end to end. Later models will be taller than any building on the mainland of Western Europe.

Packed with sensors gathering data on wind speeds, electricity output and stresses on its components, the giant whirling machine in the Netherlands is a test model for a new series of giant offshore wind turbines planned by General Electric. When assembled in arrays, the wind machines have the potential to power cities, supplanting the emissions-spewing coal- or natural gas-fired plants that form the backbones of many electric systems today.

G.E. has yet to install one of these machines in ocean water. As a relative newcomer to the offshore wind business, the company faces questions about how quickly and efficiently it can scale up production to build and install hundreds of the turbines.

But already the giant turbines have turned heads in the industry. A top executive at the world’s leading wind farm developer called it a “bit of a leapfrog over the latest technology.” And an analyst said the machine’s size and advance sales had “shaken the industry.”