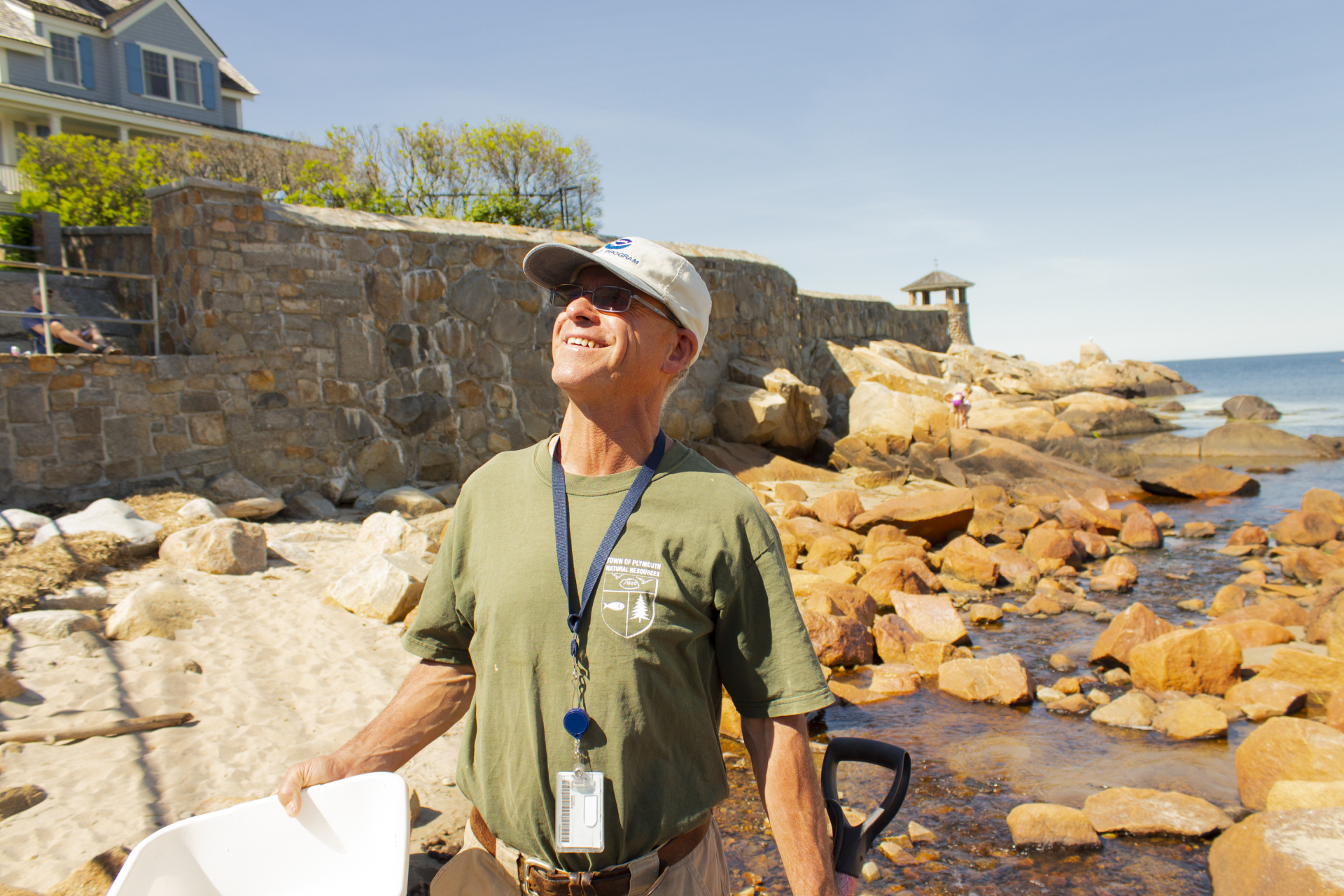 NE - These fish are critical to New England, and they're disappearing

Eric Hutchins waded through the brook's shallow water, his eyes locked on the water swirling between his thigh-high rubber boots. After some consideration, he plunged a short shovel into the gravelly bottom.

“Right there,” he yelled, hoisting a dripping shovelful of sand to reveal a slim, wriggling critter no more than several inches long, before depositing it into a plastic tub for closer inspection.

"They look like snakes, but they are absolutely fish."

The fish he caught that day in Rockport was an American eel, a fish that's critical to fresh and saltwater ecosystems. Eels and other species help sustain predators of all kinds, from birds and semi-aquatic mammals, to fish like trout and striped bass that grace our dinner table. But the American eel, like herring and shad, are in decline thanks in part to human activity. While whales and polar bears capture the popular imagination, it can be easy to overlook the fates of these less glamorous creatures. But losing these species would have a profound effect in New England and beyond.

Each year, baby eels — known as elvers — embark on a treacherous journey across open ocean. Born in the Atlantic's Sargasso Sea, a seaweed-rich zone bounded by the Bermuda Triangle, they ride Gulf Stream currents over 2,000 miles to the North American coast.

From there, they fight their way up tributaries to fresh water lakes and ponds, where they can live for up to thirty years and grow several feet long. Those lucky enough to survive adulthood eventually return to the Sargasso Sea to spawn and die.

Juvenile eels may be tiny, but they're remarkably resilient, able to survive in open air for hours at a time by breathing through their skin.

"They actually migrate through the sediments and through the weeds and under rocks; they love the moss," Hutchins said. "So what I will do is flip over rocks and cobbles and see if there's any eels wiggling in it."

Hutchins, a habitat restoration biologist with National Oceanic and Atmospheric Administration, lives and works on Cape Ann. Along with a small group of volunteers, he monitors the baby eels migrating upstream at Mill Brook between spring and fall. In a year, sometimes they'll document well over a thousand elvers.