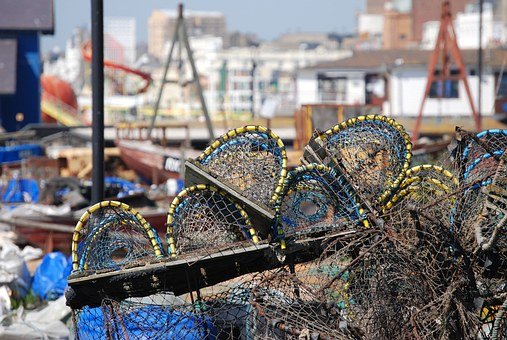 New England lobsters are caught in a perfect storm of warming seas and save-the-whales activism. Could this be the end of our best-loved summer tradition as we know it?

Mark Ring has been fishing the Stanley Thomas for nearly 30 years. With its red hull, the sturdy boat is the watercraft incarnation of Ring himself—a burly guy with permanently ruddy cheeks just above the hairline of his Vandyke beard. It is his second boat. It is also his last. Ring started lobstering when he was a teenager. Back then, he recalls, he didn’t have to go far from shore to set his traps. He’d head out and, barring thick morning fog, he could see the coastline and hundreds of lobster buoys bobbing in the waters before him. “You could drop your cages and hear them hit the bottom,” Ring says in a steep North Shore accent, leaning against the Stanley Thomas’s worn center console while remembering the old days. He’d haul his yellow traps up from the sea floor, the ropes slimy with algae, the cages bursting with lobsters aggressively clawing to get out. After a typical nine-hour day, Ring would return to the marina, hoist his traps onto the wet deck, and offload 2,000 lobsters.

That’s all changed now. The days are longer and the haul is harder won. When Ring motors out predawn from the backshore Gloucester marina where he’s docked the Stanley Thomas for years, he must power out farther to deeper, colder water. “The lobsters are just not settling in 6 feet of water like they did 15 years ago,” he says. “They want to find the optimum temperature. And that temperature is at 20 feet.” When Ring heads back in at the end of a long day, the lobsters in his traps have far too much legroom. He is netting less than half of what he used to.

In the face of climate change, throughout New England, the American lobster is vanishing, and the lobsters that remain are quickly heading farther out to sea in search of colder waters. Rising pH levels in the waters closer to shore have also contributed to weaker shells, which reduce the chances the lobsters will make it to market alive. More often than not, lobstermen are tossing this weak-shelled catch back into the ocean. Such factors help explain why lobstermen across New England are seeing the weight of their landings continue to dip; last year, Maine’s landings dropped by 21 million pounds, to about 100 million, the lowest in more than a decade.

That’s a steep decline, but it’s nothing compared to what will become of the industry if the self-coronated “Prince of Whales,” New Hampshire’s Richard “Max” Strahan, has his way. He has all but made it his mission to end lobster fishing in order to save the endangered North Atlantic right whale—and, as a result, the future of the beloved lobster roll as we know it is looking pretty bleak. His adversaries have a different nickname for him: Mad Max.