Northeast
The houses along Providence Street in West Warwick, R.I., are vacant after being flooded by the Pawtuxet River on Wednesday. The Pawtuxet River hit a record of 20.7 feet. Stew Milne / AP 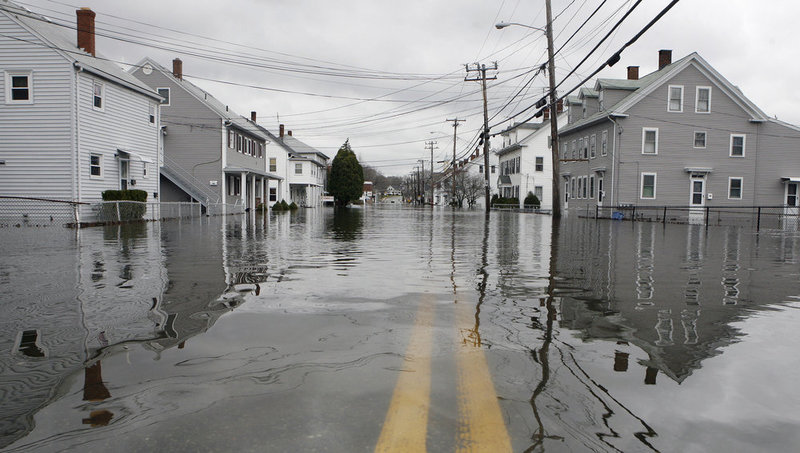 The NOAA published a study showing that New England could be facing significant flooding brought on by climate change.

A recent study published by the National Oceanic and Atmospheric Administration shows that we could be facing significant consequences of a rising sea level, brought on by climate change, sooner rather than later in New England.

High-tide flooding is directly related to the rising sea level. Most of the flooding is seen as a nuisance, but cumulatively, it can have a significant impact on infrastructure. In Boston, the peak number of these high-tide flood days occurred in 2017, with 22 events.

The report uncovers similar findings in Portland, Maine; Woods Hole and Nantucket in Massachusetts; Newport and Providence in Rhode Island; and New London and Bridgeport in Connecticut. That's not to mention the hundreds of other coastal communities in the United States seeing similar effects.