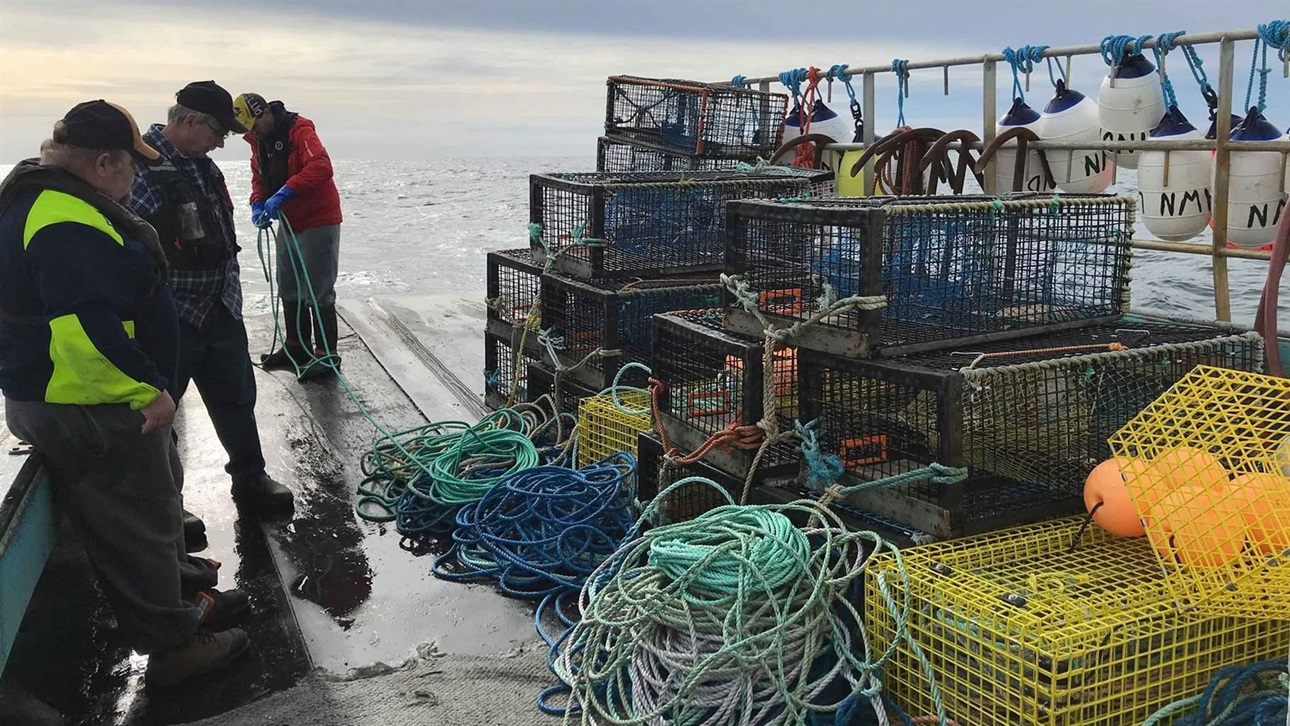 More investment and collaboration needed to expand use and reduce entanglements

In lobster and crab fisheries, vertical lines that connect traps or pots on the seafloor to buoys at the water’s surface pose a threat of entanglement and death for marine mammals—which in Atlantic Canada and New England include the critically endangered North Atlantic right whale. A new method, called ropeless (or buoyless) fishing, allows fishermen to signal their gear to surface with fewer or even no vertical lines by using a transponder to acoustically trigger the release of a stowed rope and buoy—or a lift bag—from a trap or pot on the seafloor that brings the gear to the surface.

In a promising development, fishermen in the waters off Massachusetts and New Brunswick, Canada, have successfully fished for lobster and crab using ropeless systems. Although no single solution will immediately eliminate risk to whales and other marine mammals as fishing continues, a concerted effort to expand research and collaboration could allow ropeless fishing to become an effective and safe way to fish.

The technologies could reduce conflicts among fishermen over gear placement, help fishermen locate lost gear and catch, and allow fishing in areas that are closed to vertical lines. In addition to helping fishermen and marine mammals, an increased use of ropeless systems could also benefit marine and environmental law enforcement agencies and regulators by supplementing state and federal data collection and enabling rapid, remote verification of trap information.