Northeast
Under New England council management, the Northeast Canyons and Seamounts Marine National Monument includes a range of fishing restrictions, which will soon expand under a coral habitat amendment. The pink areas have tilefish gear restrictions; the yellow and green areas are closed to monkfish and squid fishing. The red area outlines the seamounts area. via New England Fishery Management Council 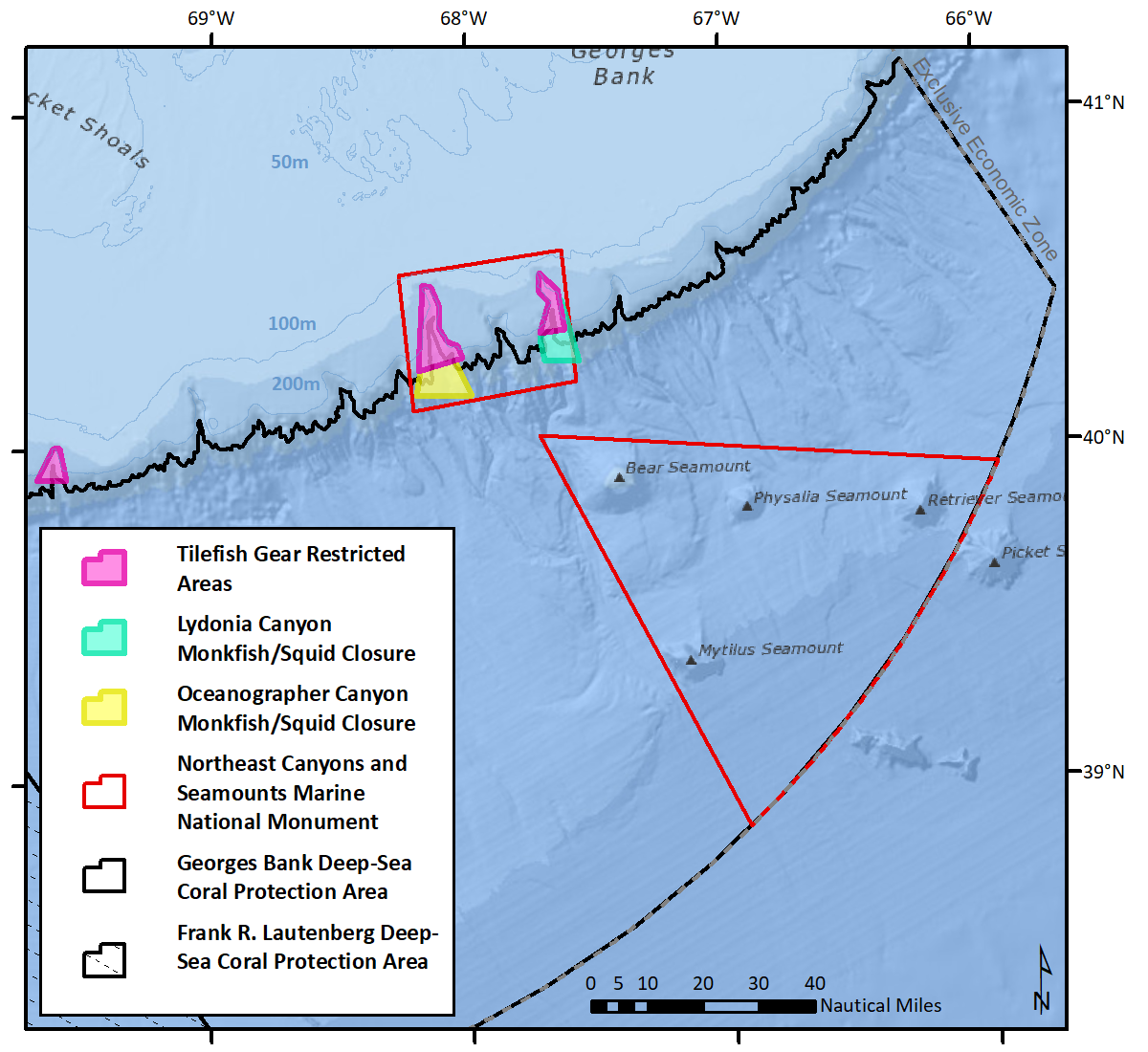 A June 5 presidential proclamation ended a prohibition on commercial fishing in the Northeast Canyons and Seamounts marine national monument and returned management of the area to the New England Fishery Management Council.

“We’ve said from the beginning that fishery management councils are best suited to address the complicated tradeoffs involved in managing fisheries, and we appreciate regaining our control to do so in the monument area,” said Council Chairman Dr. John Quinn.

The nearly 5,000-square-mile Atlantic monument southeast of Cape Cod was established in 2016 by President Barack Obama. It was the first (and is currently the only) Atlantic monument. Before the designation, key areas were managed as essential fish habitat through the New England council.

On June 17, the council laid out its management of the area and announced the pending implementation of its Omnibus Deep-Sea Coral Amendment, which will expand fishing restrictions in the canyons area.

"To the best of our knowledge, zero fishing activity takes place on the seamounts," said Janice Plante, public affairs officer for the council. "We're not aware of any real groundfish fishing activity in the canyons portion of the monument area either."