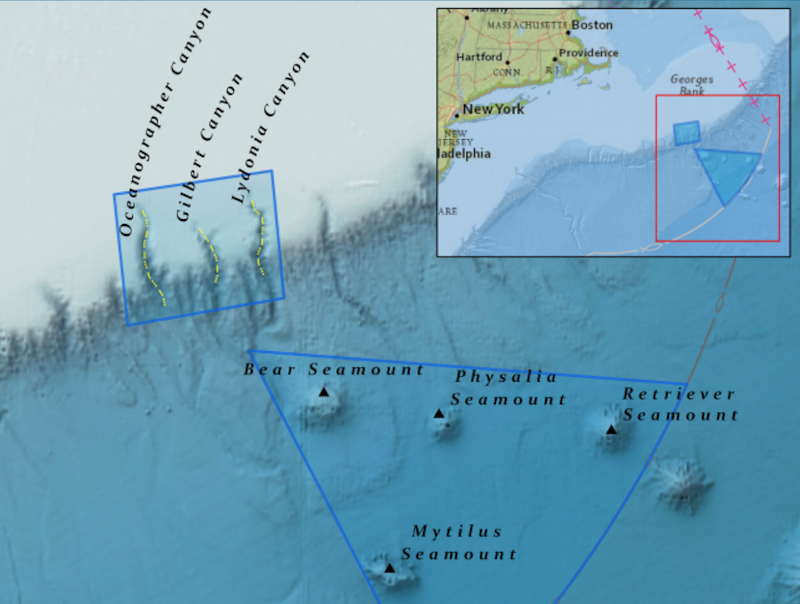 Northeast fishing advocates mobilized as President Biden moved fast to reverse executive orders from the Trump administration — possibly including Trump’s move to back off fishing restrictions in the Northeast Canyons and Seamounts National Monument.

Biden ordered a broad review of more than 100 actions by the Trump administration on environmental issues, including the former president’s attempts to alter national monuments. Fishing advocates moved to get in early and persuade the new administration that the U.S. fisheries management system that’s been in place for more than 40 years can handle protecting the Northeast offshore habitat without executive intervention.

“We kind of saw it coming, and we sent letters off to politicians,” said Jim Budi, who owns a swordfish and tuna longline vessel that works out of New Bedford, Mass. “We had great fishing there this year. If it wasn’t for that, we’d be in the red.”

Environmental groups pushed Biden on Jan. 20, Inauguration Day, to reinstate the Obama administration’s offshore monument declaration, with its potential to foreclose most fishing at the edge of the continental shelf.

“Last summer, we watched in dismay as President Trump effectively nullified the monument status of the Northeast Canyons and Seamounts by opening it to commercial fishing,” said Bradley Campbell, president of Conservation Law Foundation. “Defending the Northeast Canyons and Seamounts is critical for protecting valuable species, confronting the climate crisis, and leaving a healthy ocean for future generations. We urge the new administration to move quickly from reviewing the monuments Trump desecrated to restoring them.”

But so far, said Budi, the Biden administration seems to be taking it slow: “He said he’s going to seek input from the Secretary of Interior.”