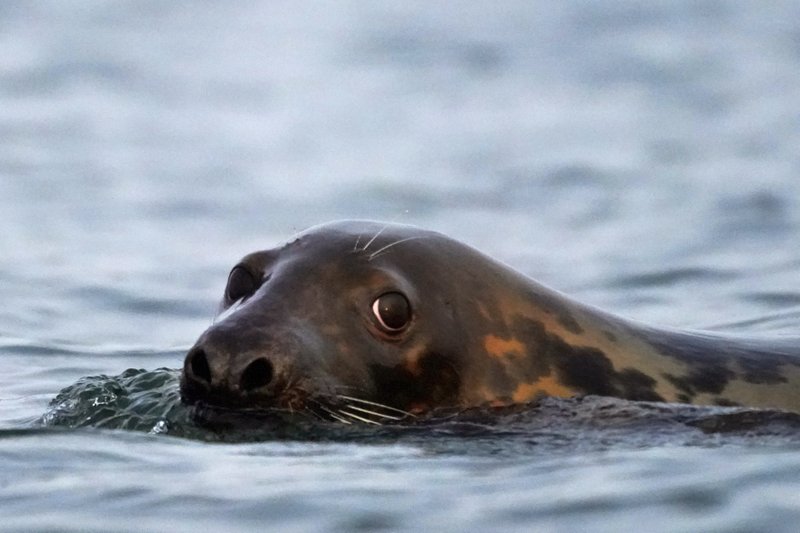 PORTLAND, Maine (AP) — Nick Muto has fished up and down the New England coast and there is nothing that gets his blood boiling more than the sight of a seal.

Muto, whose two boats fish for groundfish such as skate and monkfish as well as lobster, is among a growing group of anglers, beach goers and local officials who are quick to blame everything from disease to depleted fisheries to increased shark sightings on the exploding seal population.

“Areas that we used to traditionally fish that were as close to guarantees as you could get have been strip mined of fish, and the fish have been driven out of there by seals,” Muto said. “They have eaten fish out of our nets. They have been caught in our nets. They are everywhere.”

The debate over seals was reignited after the death in July of a swimmer killed by a great white off Harpswell, Maine. Seals are often shark prey, and experts believe Julie Dimperio Holowach may have been mistaken for a seal.

No one questions that seal and shark numbers are on the rise, mostly due to federal protections. It’s estimated there are as many as 50,000 grey seals in New England waters plus a lesser number of harbor seals. The animals were almost eliminated through hunting and bounties decades ago.

But experts maintain there is not enough science to determine whether the current population is too big and little basis for culling the marine mammals. Even suggesting seals are destroying fisheries or are solely to blame for shark attacks is not supported by hard evidence. Experts say warming waters and other factors also could be playing a role. The Gulf of Maine, which stretches from Cape Cod to Nova Scotia, has been heating up faster than 99% of the world’s oceans.

“We get into this question of how many grey seals there are. The next question is how many seals should there be, which is kind of where people are going to go next with that, which is a very challenging thing,” said David Johnston, a marine ecologist at Duke University who has done grey seal population estimates using Google Earth and tagged seals to demonstrate how their feeding behavior changes due to sharks in the Northwest Atlantic.