Northeast
Atlantic cod is in critical condition. Good Wives and Warriors / The Guardian 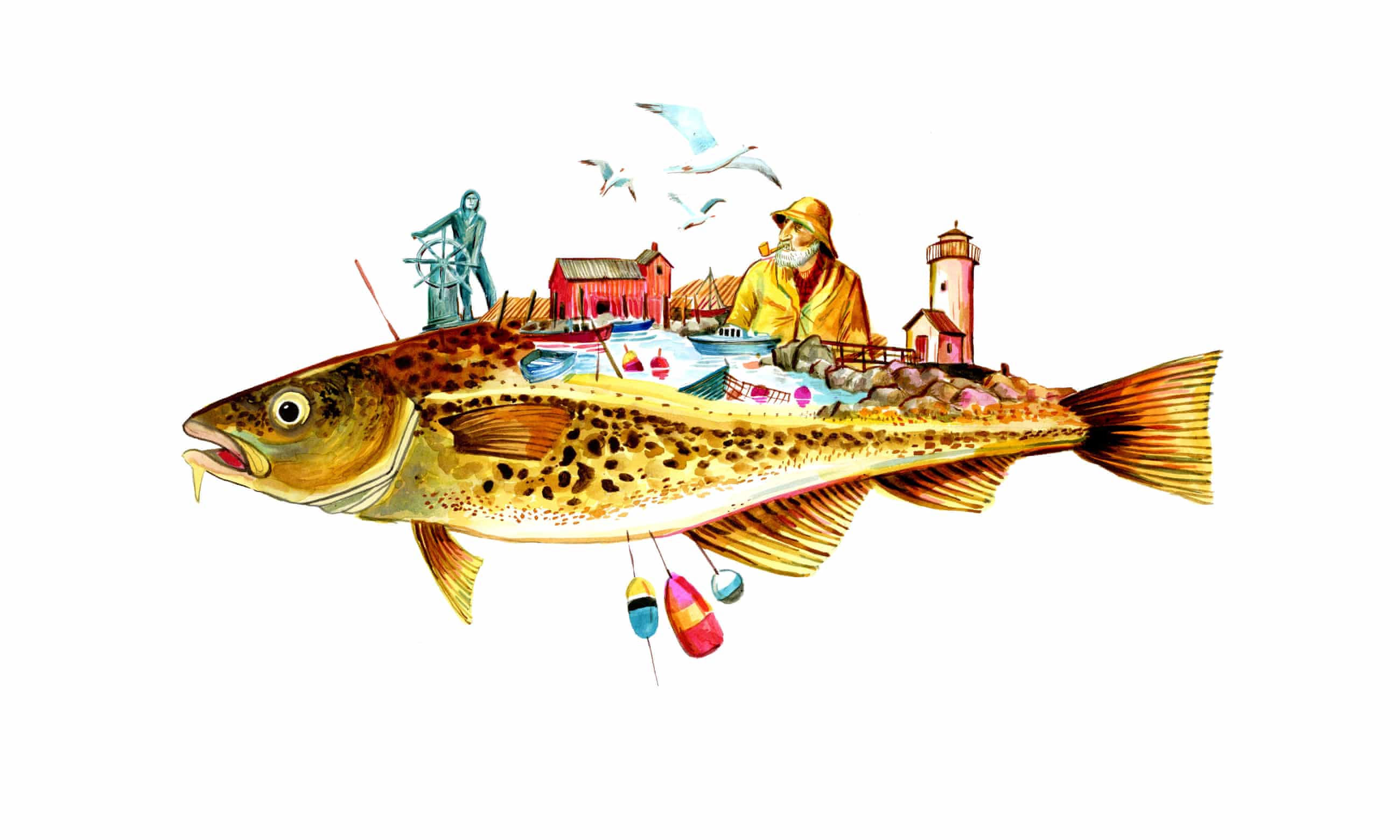 Scientists and fishers agree that cod fishery is at a crisis point – but they disagree on what’s causing it.

It’s said cod were once so plentiful in New England they would throw themselves into a boat. It’s said you could walk across their backs to shore.

Gloucester, Massachusetts, grew up around cod. The waterfront teemed with boats and fishermen, heaps of fish thrashing in wire baskets. Boats were inherited from fathers and shipyards boasted of operating since 1684. As late as the 1980s, the cod were so abundant and large (30-50lb each) that the fishermen still brought in big hauls. Cod remains the state fish of Massachusetts.

Today, you’re unlikely to find fresh Atlantic cod in any American food shop. The vast majority of the cod for sale is frozen, shipped in from Norway or Iceland. New England’s cod population has been diminished by new fishing technology, too many boats and foreign vessels, and poor management decisions. Both major stocks of North Atlantic cod in US waters – the Gulf of Maine and Georges Bank cod – are overfished. With the climate crisis warming waters and disrupting cod spawning behaviour and food sources, many scientists wonder if the stocks will survive at all.