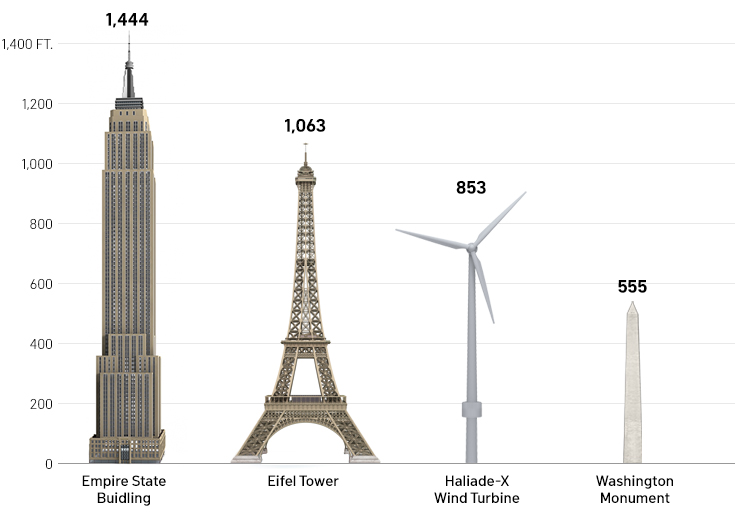 American offshore wind farms, of which there are 17 in the works for the Atlantic Ocean, are no longer far off on the horizon. The overall magnitude of this emerging renewable energy industry is starting to take shape.

Off the coast of New Jersey these days, surveillance vessels hired by European energy companies are taking measurements of the ocean depths, and underwater research drones are analyzing water temperatures to accumulate data on the Mid-Atlantic "Cold Pool."

Onshore in places like the Port of Paulsboro along the Delaware River south of Camden and Philadelphia, labor unions, port officials and politicians are angling for new marine terminals to build and ship off massive steel monopiles.

And in weekly board meetings, state-appointed officials in charge of the Garden State's public utilities are discussing massive overhauls to the power grid and many miles of new transmission lines.

Billions of dollars will be invested in the next several years — at sea and on land — to erect hundreds of wind turbines miles from the coast in order to bring New Jersey 7,500 megawatts of renewable energy. That's enough to power half of the state's 1.5 million homes.

Eight other states along the Eastern Seaboard of the United States have embarked on similar endeavors, preparing for the arrival of a new era in American energy.

"Wind energy is going to be real. It’s just a question of how much," EnvironmentNJ executive director Doug O'Malley said. "Flooding down the shore is real. Our number one priority is how our coastal communities are going to be a generation from now. Who knows if we’re here in 2050? We need to study this as much as possible, but also understand we need to look at the full picture of climate change."

Seventeen federally leased areas are off the coasts of eight U.S. states. Click on each lease site to see how many turbines are expected or estimated, to which developer they belong and how much power will be generated. Turbine totals are either based on developers’ proposals or estimated using power generated by the largest turbine currently on the market.

Dire predictions of climate change and how to most quickly pivot to clean energy have fueled the embrace of offshore wind. And while most stakeholders seem on board with the nearly Eiffel Tower-sized turbines, the fishing industry remains a holdout. Meanwhile, the cumulative effect of so many turbines spread across the Mid-Atlantic Bight remains unknown. The bight stretches from the Outer Banks of North Carolina to the Gulf of Maine.

Read Also With offshore wind, New Jersey could be launching its biggest job creator ‘since the casinos’  The Philadelphia Inquirer