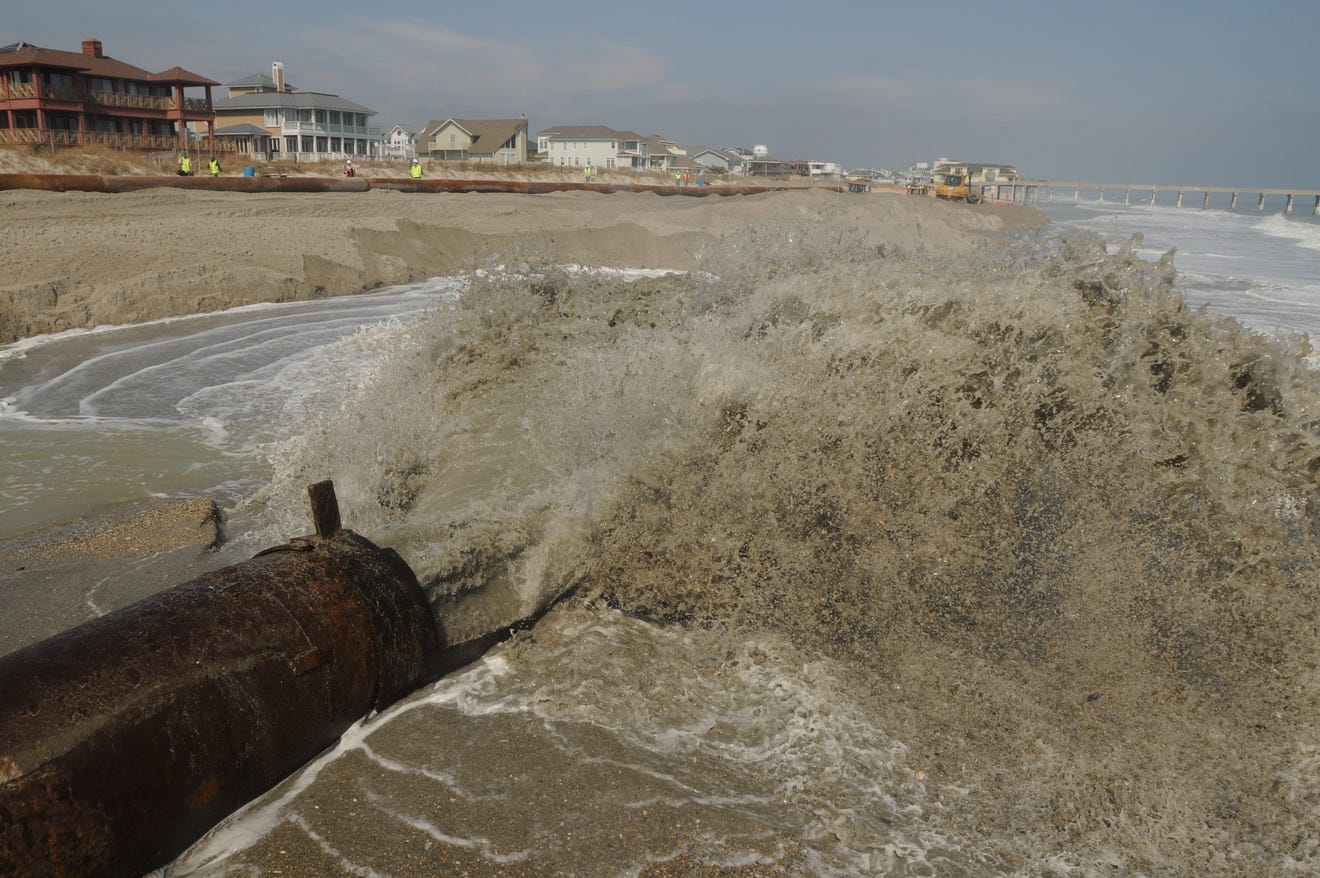 As officials in Carolina and Kure beaches celebrated, those in Wrightsville Beach stewed.

The reason was that after more than a few nervy months and heavy politicking in Washington, federal funds had finally been secured for the nourishment projects planned for New Hanover County’s southern beach towns.

But missing from the announcement earlier this month was any mention of funding for New Hanover County’s third beach town, Wrightsville Beach, which also was scheduled to see fresh sand in winter 2022.

Local officials didn’t think their beach-boosting projects, all part of long-term federal projects that guarantee a periodic injection of sand every few years, would be a problem once they received authorization from Congress in December 2020.

But officials were shocked to find out in January that funding for the county's beach projects, which are on different nourishment cycles but aligned for the winter 2021-22 dredging window, hadn't been included in the Army Corps of Engineers’ work plan.

Fast-forward nine months and the corps has been able to “reprogram” funds from other projects for the Carolina and Kure beach nourishments, which are contracted out and constructed as a single project.

But a new issue, along with the funding question, has surfaced that could erode Wrightsville Beach’s project. And it’s a decision that could have long-term impacts for other nourishment projects along the East Coast and Gulf of Mexico just as environmentalists warn beach communities could face increasing pressures — prompting the need for more frequent and extensive nourishment projects — due to weather-driven changes brought on by climate change.

“An arbitrary decision by someone in D.C. that doesn't make a lot of sense,” said Wrightsville Beach Mayor Darryl Mills. "I just wish whoever made this decision up there would take a more rational, reasonable approach because we've been doing this, rinse and repeat, for 55 years and there haven't been any environmental problems that I've been made aware of."

For decades, Wrightsville Beach has used dredged sand to periodically rebuild and reinforce its storm-battered beach strand. And for much of that time the sand has been dredged from the adjacent Masonboro Inlet, an exception approved by the Army Corps of Engineers even though the inlet is within a federally designated Coastal Barrier Resources Act (CBRA) zone.

The purpose of CBRA is to discourage development by prohibiting the expenditure of federal dollars on projects in hazardous coastal areas. That includes money for infrastructure and road projects, participation in the National Flood Insurance Program, and shoreline stabilization projects – including taking sand from inside CBRA areas for beach nourishment projects outside of them.