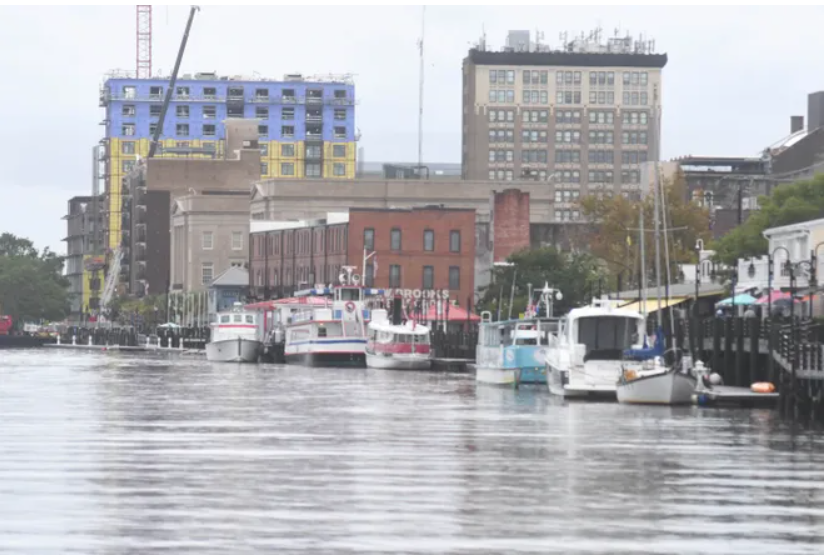 WILMINGTON – In the span of a few years, local residents have said "bon voyage" to the Wilmington riverfront's two most iconic ships.

The Coast Guard cutter Diligence, the namesake of which has been stationed in the city since 1790, left its perch at the foot of Princess Street for Florida last fall.

A few years earlier, the Henrietta III, a multi-deck cruiser that hosted countless tours up and down the river, was sold by Cape Fear Riverboats and sailed north for its next chapter in New York.

The loss of the two ships has left considerable voids in the striking landscape of the riverfront that is quickly going more vertical with each new development on the north end.

Historically, the riverfront has been littered with ships that, dating back to its development by Europeans in the 1700s, either served local businesses or would stop to check their cargo load at the customs house, previously housed in the Alton Lennon Federal Courthouse and now done at the Port of Wilmington.

But today, the traffic that permanently docks parks along the river – not including privately own boats passing by – is almost exclusively for recreational and tourism purposes.