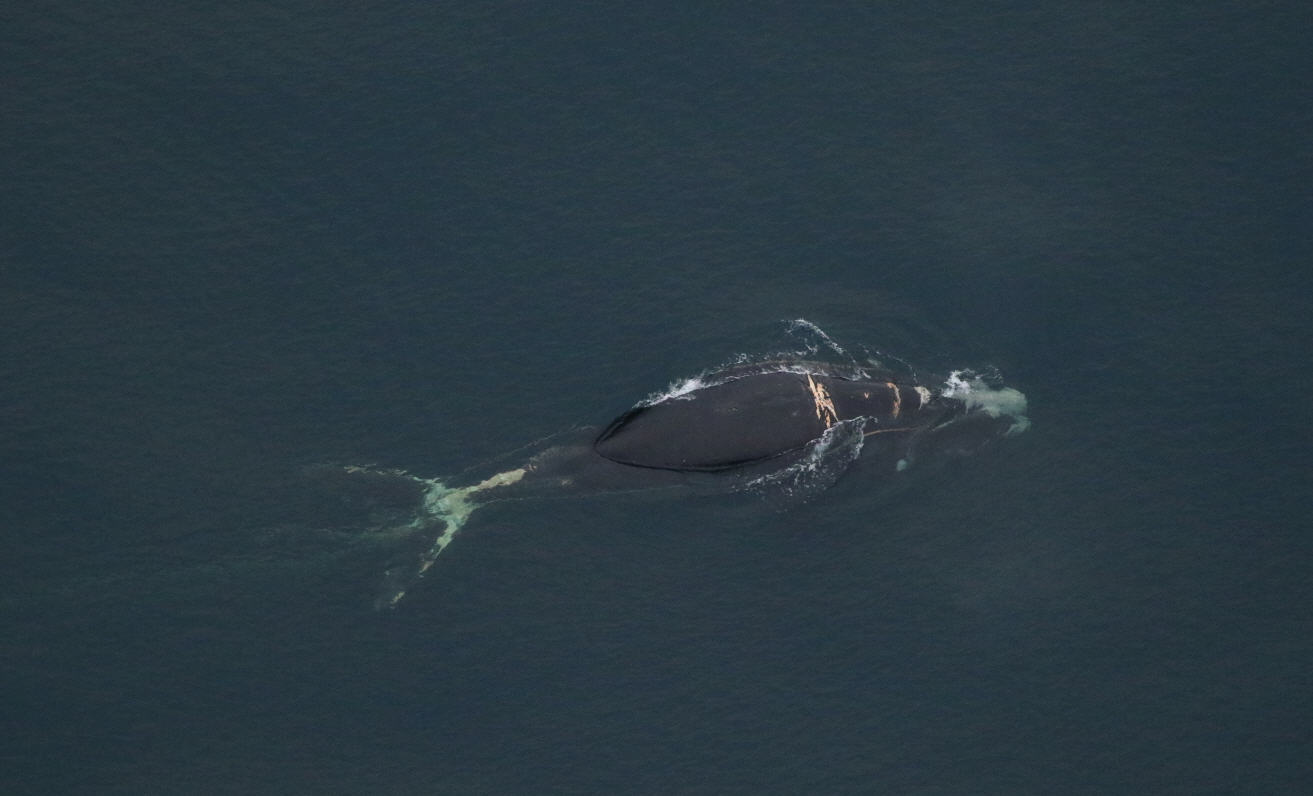 NC - Whale entangled in fishing gear is fighting for its life off Outer Banks, NOAA says

Scientists sighted North Atlantic right whale #4904 with a severe entanglement off the coast of North Carolina during an aerial survey. The survey was conducted by Clearwater Marine Aquarium Research Institute with funding from the U.S. Army Corps of Engineers.

There were several wraps of line around the mouth and tail, with additional line trailing behind the whale. After reviewing documentation of this new entanglement case, NOAA Fisheries biologists have made a preliminary determination that it meets the criteria of a “serious injury.” This means the whale is likely to die from this injury.

Scientists with the New England Aquarium identified the whale as right whale #4904, a 4-year-old juvenile female. The Aquarium manages the North Atlantic Right Whale Catalog to track the identification and sighting history of each right whale. This entangled whale is the daughter of right whale #1204, an adult female named “Spindle,” who was recently seen with a new calf off St. Catherines Island, Georgia.

The last known sighting of right whale #4904 was in May 2022 in Massachusetts Bay, and she was not entangled at that point. NOAA Fisheries and their partners reviewed initial images from January 8, which showed her to have numerous wounds across her body and whale lice on her head.

Entanglement response teams did not mount a response at the initial sighting because it was too late in the day and the whale was too far from shore. However, as conditions permit, NOAA Fisheries will work with authorized responders and trained experts to resight her. They will further document the entanglement, and determine if an entanglement response will be possible.

A one-year-old male North Atlantic right whale, identified as #2022CalfOf2614, was also spotted off the Avon Pier on Sunday, January 8. For more information on the Avon sighting, click here.