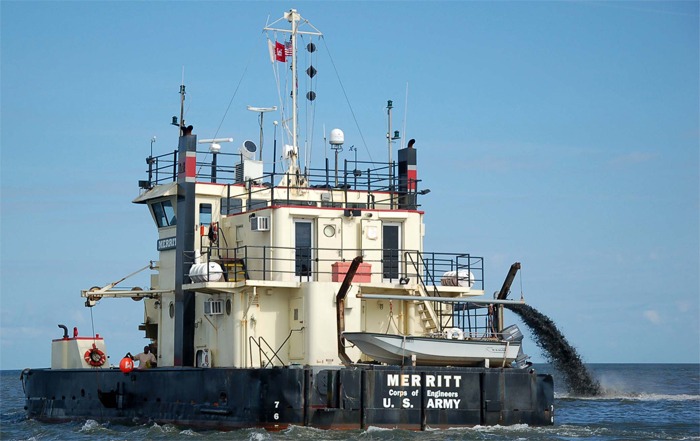 It’s deja vu all over again for Hatteras Inlet’s South Ferry Channel, much to the chagrin of the Dare County Waterways Commission.

With a recent survey of the channel posted online during Monday’s remote meeting, Commission Chairman Steve “Creature” Coulter pointed to the red blotch – indicating shallow water – on the west end of the channel.

“As everybody can see, we still have a problem here,” he said. “We’re still setting in exactly the same spot we were setting in (back) in October.”

A pileup of mechanical mishaps with dredges and tugs last month once again has left in place the irksome lump of sand in the channel that was supposed to have been dredged last fall.

Since the initial glitch in October with a missing agreement, numerous difficulties with timing and weather have conspired to delay the project.

Although the inlet is currently navigable, except at low tide, Coulter said, the shoaling in South Ferry Channel has discouraged some out-of-town boaters and hindered access for the Coast Guard’s 47-foot vessel.