Mid-Atlantic
Orbicella faveolata in captivity are are about to release egg-sperm bundles. Bryce Corbett / UNCW 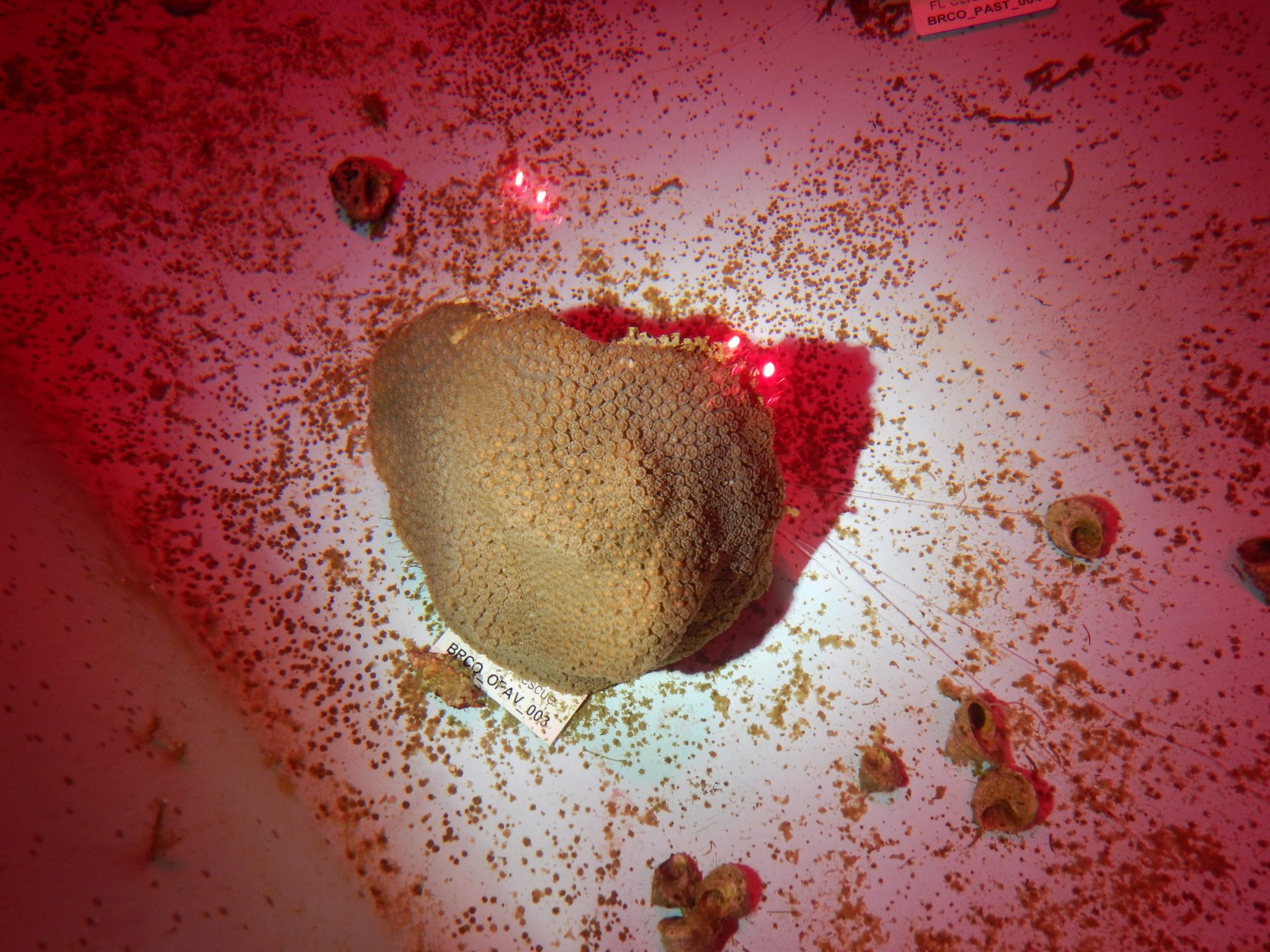 WILMINGTON – A University of North Carolina at Wilmington laboratory made history this month by spawning in captivity an endangered coral that once thrived in shallow reefs in the Caribbean.

Researchers at the university’s Center for Marine Science are the first to spawn two species of coral, including Orbicella faveolata, also known as mountainous star coral, in a laboratory.

Their success at reproducing the coral stems from a groundbreaking discovery just a few years ago in the United Kingdom, where a then-doctorate student collaborated with Neptune Systems, a company that makes aquarium controller systems, to electronically mimic environmental settings coral rely on in the wild to spawn.

“Ever since then other institutions and other laboratories have been able to do so,” said Nicole Fogarty, the assistant professor who headed the research in the lab referred to as the Spawning and Experimentation of Anthropogenic Stressors, or SEAS facility. “This has just been a big game-changer in trying to spawn corals in technology.”

It also has the potential to help restore coral reefs that are dying off at alarming rates as a result of the changing climate, which is causing ocean warming and ocean acidification, diseases, land-based sources of pollution and habitat degradation.

Fogarty left Florida last year when she accepted the job as assistant professor at UNCW’s biology and marine biology department, replacing one of her former professors.

She has been studying coral spawning for nearly 20 years.

Stony coral tissue loss disease is the scariest threat she has seen to coral reefs in the Caribbean, she said.

“It’s devastating the Caribbean,” she said.