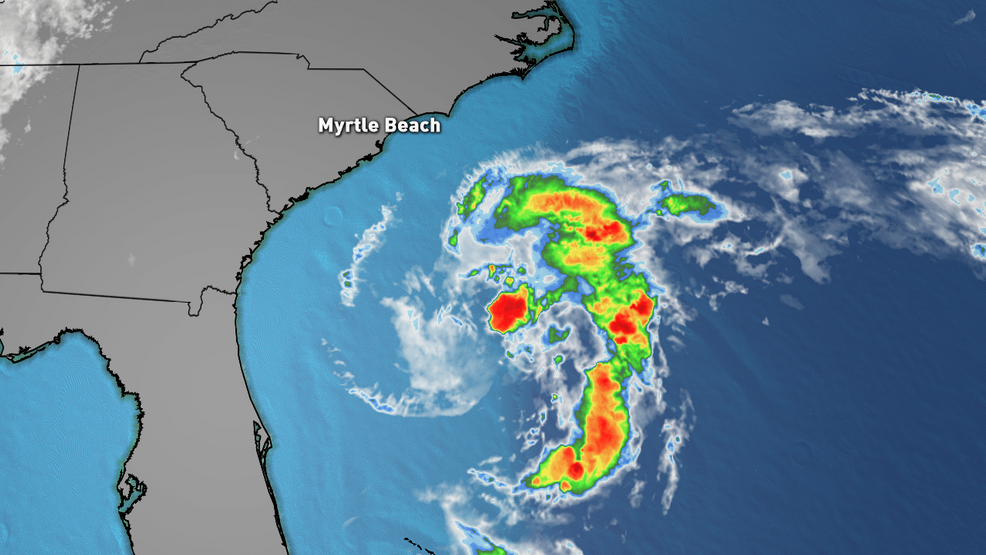 A tropical storm warning has been issued for parts of North Carolina's coast, from north of Surf City to Duck, including Pamlico and Albemarle Sounds. It's expected to drop between 1 and 2 inches of rain Sunday night and Monday onto coastal North Carolina. Hurricane season officially starts June 1.

MIAMI (AP) — Tropical Storm Arthur formed off the coast of Florida on Saturday, making it the sixth straight year for a named storm to develop before the official June 1 start of the Atlantic hurricane season.

The U.S. National Hurricane Center in Miami issued a tropical storm warning for North Carolina's Outer Banks in its 5 a.m. Sunday advisory. At that time, the storm's center was located about 380 miles (610 kilometers) south-southwest of Cape Hatteras, North Carolina. Arthur had top sustained winds of 40 mph (65 kph) and was moving to the north-northeast at 9 mph (14 kph), slowing slightly from 13 mph (20 kph).

Forecasts say Arthur will stay well offshore of Florida, Georgia and South Carolina on Sunday and then approach the North Carolina coast on Monday, where it will drop 1-3 inches of rain Sunday night and Monday.

The tropical storm warning was issued for parts of North Carolina's coast, from Surf City to Duck, including Pamlico and Albemarle Sounds.

Dangerous coastal surf conditions and rip currents are expected to spread northward from Florida to the mid-Atlantic states during the next few days.

While there may be a component of warming waters and climate change in other pre-June storms, Arthur is more of a subtropical storm system than a traditional named storm and its water is cooler than what's usually needed for storm formation, said Colorado State University hurricane researcher Phil Klotzbach.