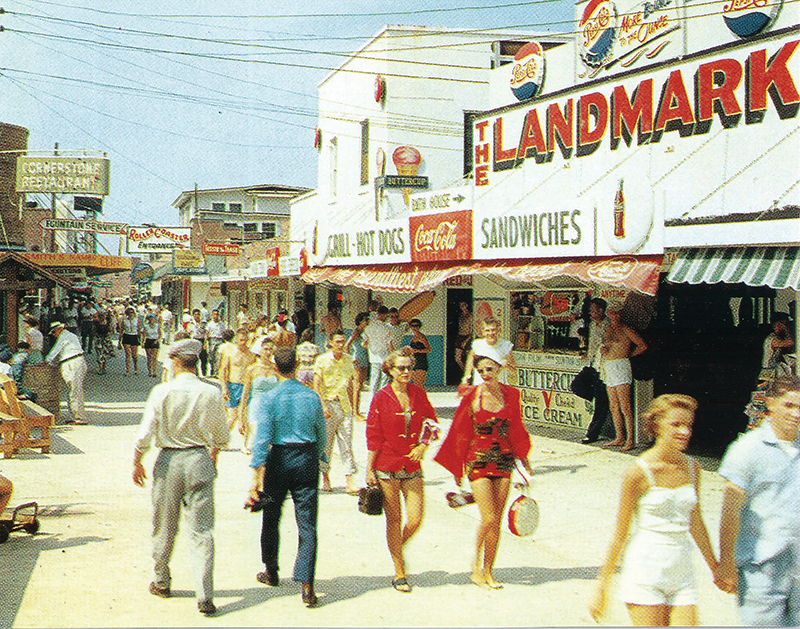 NC - TOURISM: Down on the Boardwalk

Just before 7:30 in the morning on a Saturday in August, Lisa Soriano waited patiently near the entrance to Britt’s Donuts, a Carolina Beach Boardwalk fixture since 1939.

The doors wouldn’t open until 8:30 a.m., but Soriano, a Charlotte resident, didn’t want to take the chance of an even longer wait, especially after what she’d seen the day before when she rode her bicycle to the boardwalk.

“I was expecting a little bit of a line since they’re only open three days,” she said. “But it went around the building.”

Long lines are nothing new for Britt’s Donuts (shown right, photo by Logan Burke), which has garnered state and national attention for the popularity of its croissant-like, melt-in-your-mouth doughnuts, and the boardwalk in general has a long history of attracting locals and visitors. It’s a vintage piece of the area’s tourism industry, with a boardwalk in some form drawing people to Carolina Beach since 1887.

These days, the board part of the Carolina Beach Boardwalk stretches from a pay parking lot, where a motel used to be before Hurricane Florence led to its demolition, to a hotel that’s considered a catalyst for the rejuvenation of the historic landmark. The stores, restaurants and entertainment venues flank a paved area next to the raised boards.

The boardwalk hasn’t always been family-friendly or friendly at all to some, having gone through segregation, fires and a period of violent crime.

Vacant stores and properties in various states of disrepair littered the area in the 1980s, and bars moved in until there were 16 in two blocks, explained Elaine Henson, local historian and president of the Federal Point Historic Preservation Society. Federal Point was a peninsula until the 1930s when the federal government created the Intracoastal Waterway.