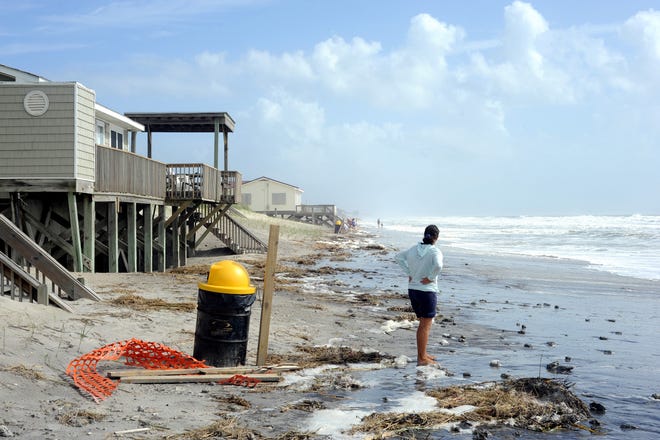 The U.S. Corps of Army Engineers approved the project in 2013 and provided funding early this year.

“That document has been executed on our side. However, we cannot move forward without North Topsail signing on their side,” she said.

North Topsail Beach aldermen discussed the project at several board meetings, including one last week, but have been unable to decide whether to officially sign onto it. The board will hold another meeting in the coming weeks to make a decision, according to Interim Town Manager Dave Gilbride.

“We need to give them an answer pretty soon,” he said.