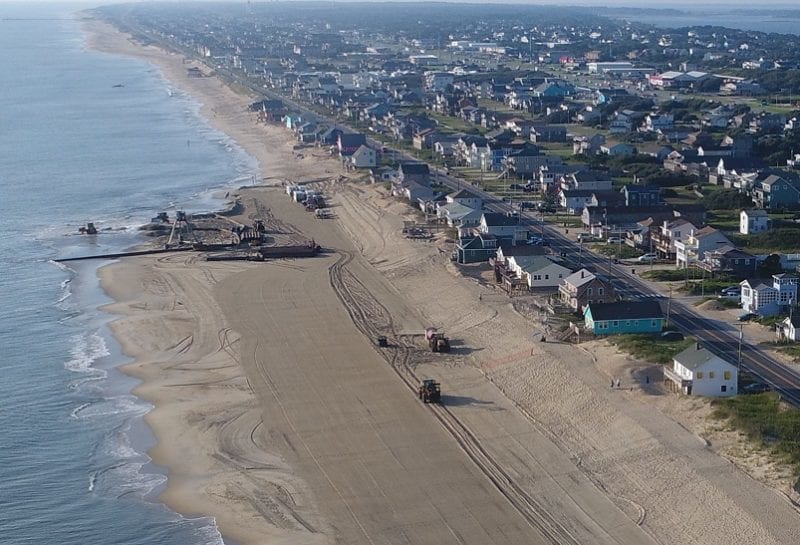 NC - To Rebuild Beaches, Outer Banks Will Spend $99M in One Year

The Virginian-Pilot of Norfolk, Va., reported Thursday that the money is the most being spent on the Dare County coast in one year.

The projects are being conducted from Duck to Buxton. They're needed because storms often push the ocean over dunes into neighborhoods. Beaches can also become so narrow that waves at high tide lap at the doorsteps of oceanfront homes.

The cost of preventing beaches from shrinking is being offset by revenues from tax districts, federal and state help and levies on lodging.

The $99 million total is based on figures from a database that is kept by the Program for the Study of Developed Shorelines at Western Carolina University.

The beaches are the economic engine of the tourism-based economy. But the price tag is raising questions from some about the sustainability of such efforts in the long run.