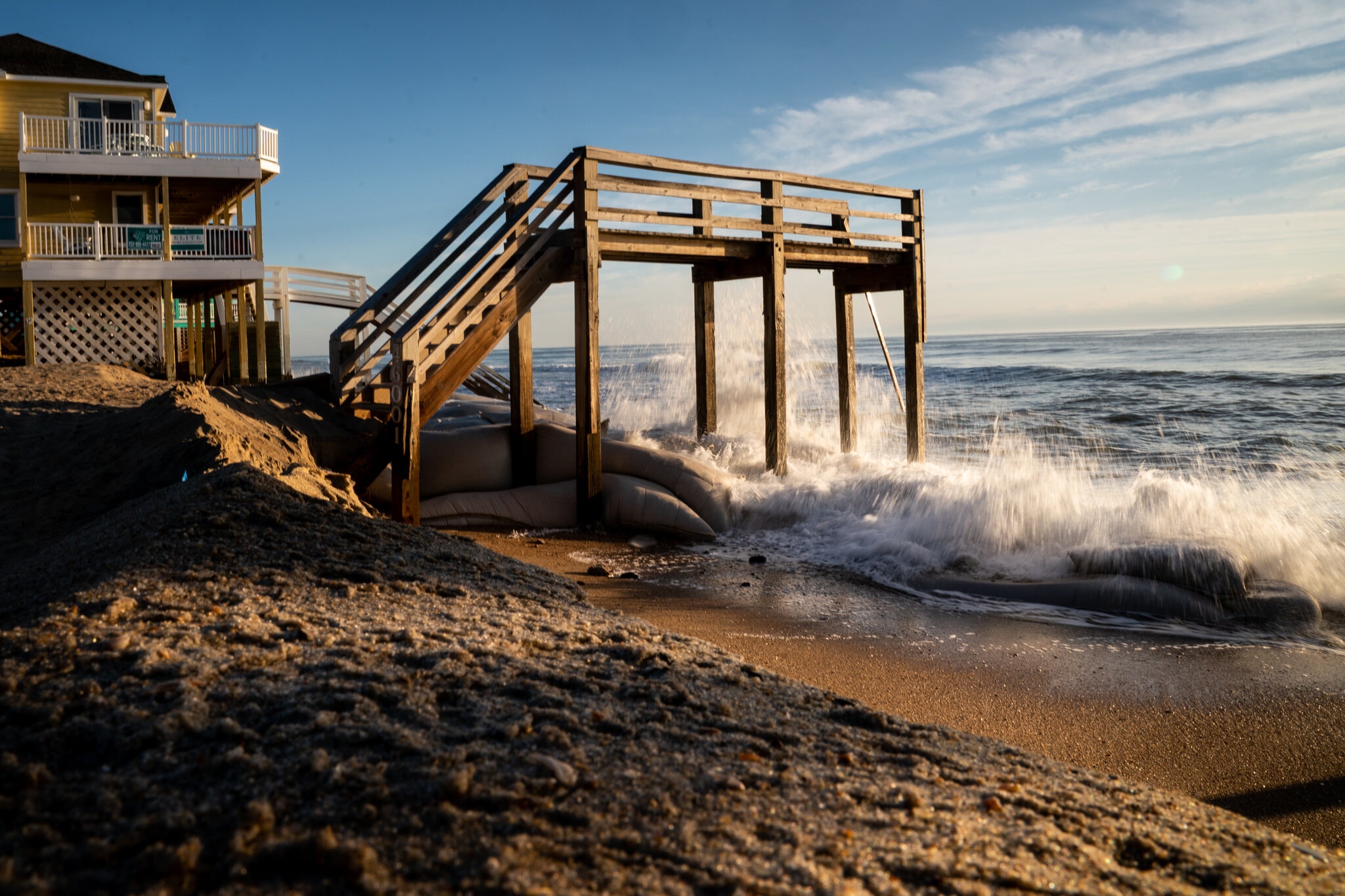 NC - Tiny Town, Big Decision: What Are We Willing to Pay to Fight the Rising Sea?

On the Outer Banks, homeowners in Avon are confronting a tax increase of almost 50 percent to protect their homes, the only road into town, and perhaps the community’s very existence.

AVON, N.C. — Bobby Outten, a county manager in the Outer Banks, delivered two pieces of bad news at a recent public meeting. Avon, a town with a few hundred full-time residents, desperately needed at least $11 million to stop its main road from washing away. And to help pay for it, Dare County wanted to increase Avon’s property taxes, in some cases by almost 50 percent.

Homeowners mostly agreed on the urgency of the first part. They were considerably less keen on the second.

People gave Mr. Outten their own ideas about who should pay to protect their town: the federal government. The state government. The rest of the county. Tourists. People who rent to tourists. The view for many seemed to be, anyone but them.

Mr. Outten kept responding with the same message: There’s nobody coming to the rescue. We have only ourselves.

The risk to tiny Avon from climate change is particularly dire — it is, after all, located on a mere sandbar of an island chain, in a relentlessly rising Atlantic. But people in the town are facing a question that is starting to echo along the American coastline as seas rise and storms intensify. What price can be put on saving a town, a neighborhood, a home where generations have built their lives?