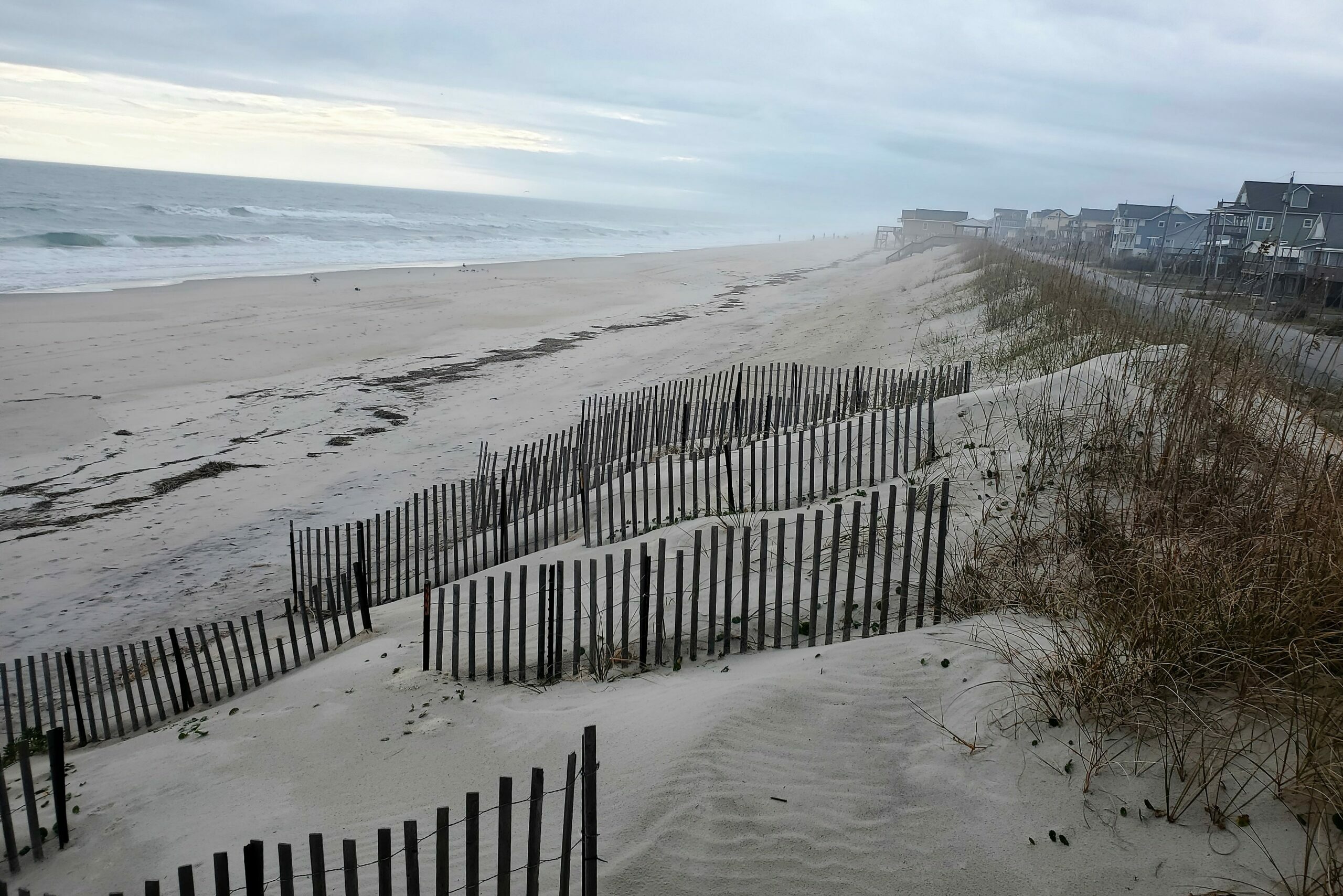 TOPSAIL ISLAND — “Some people don’t believe it when you say climate change, but it’s here,” Surf City Mayor Doug Medlin said. He was speaking at a Dec. 15 open house for the Resilient Coastal Communities Program (RCCP), a statewide effort Topsail Island was accepted into.

“We’re going to have to be prepared and do more work to prevent some things from happening,” Medlin said. “We can’t go back and change the climate to what it was.”

The N.C. Department of Environmental Quality’s (DEQ) Division of Coastal Management (DCM) awarded a total of $675,000 in grants in March. DCM awarded $75,000 to contractor Kleinfelder to provide professional services to Topsail RCCP.

“The state saw a need for coastal communities to have a formal planning process in place,” NCDEQ coastal resilience specialist Mackenzie Todd said at the meeting. “The goal is to get them to shovel-ready status, making them more competitive for federal grants and become more resilient.”

The RCCP provides a framework to assess coastal risks and vulnerabilities, engage community stakeholders and develop projects to improve the resiliency of communities.

The DCM matched consulting firm Kleinfelder with Topsail Island to assist with strategy development. The towns formed a Community Action Team (CAT) in October comprising 20 representatives, with at least five from each respective community. Members include town leadership, engineers, planners, business owners, and residents. CAT has since held three workshops to develop visions and goals of the program, review existing local plans and efforts, map critical assets and natural infrastructure, and conduct a risk and vulnerability assessment.