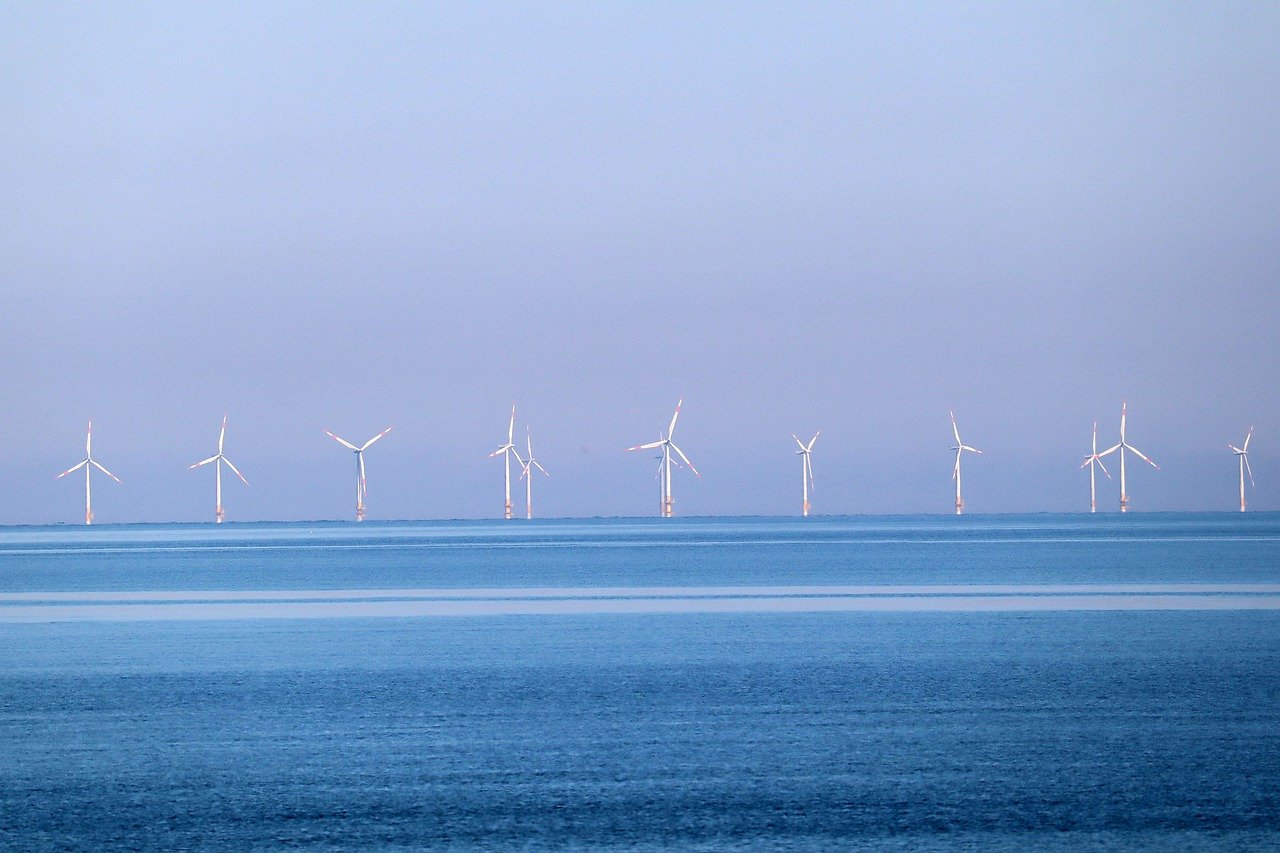 NC - Taking To The Wind For Climate Change

Dec. 17, 1903, was a windy day at Kitty Hawk, a coastal area of North Carolina, but suitable for the Wright brothers’ first test of their motor-operated flyer. In fact, they specifically chose this location for its wind.

They started the engines and the propellers turned. After a few attempts, they managed to get the flyer off the ground for 59 seconds for a distance of 852 feet. It was the first-time humans would fly, but it wouldn’t be the last.

Today, something else is harnessing the power of the wind at Kitty Hawk. Off the coast, a new offshore wind farm is being constructed through a collaboration of federal government agencies with the goal of making wind energy an everyday part of American life.

What’s happening at Kitty Hawk is advancing the Biden Administration’s offshore wind energy goals outlined in Executive Order 14008: Tackling the Climate Crisis at Home and Abroad, issued Jan. 27, 2021. The executive order directs interagency collaboration, “… to increase renewable energy production on those lands and in those waters, with the goal of doubling offshore wind by 2030 while ensuring robust protection for our lands, waters, and biodiversity and creating good jobs.”

To help meet this goal, the U.S. Army Corps of Engineers North Atlantic Division is collaborating with the Department of the Interior’s Bureau of Ocean Energy Management. USACE is providing BOEM and its wind energy developer contractors scientific and technical support, and regulatory oversight prior to its construction of offshore wind farms in the waters off the mid-Atlantic and the Northeast coasts.

“This partnership is a great example of federal agencies coming together for a common goal: to advance renewable energy solutions for the nation,” said Karen Baker, former USACE North Atlantic Division regional programs director and current BOEM chief of the Office of Renewable Energy Programs.  “We look forward to applying USACE’s scientific and technical support to enable the BOEM-led team.”

What is Renewable Energy?

Renewable energy comes from natural sources or processes that are constantly replenished, such as sunlight or wind.

Wind can be harnessed to create electricity. To do this, wind turbines are used. Several turbines together create what is called a wind farm.

Though wind farms can be constructed either on- or offshore, wind energy resources tend to be stronger offshore.

Wind turbines are large structures whose towers can be as tall as a New York City skyscraper. Typically, three blades extend from these towers with widths reaching the length of a football field.

Heavy foundations that can be 220 feet long and weigh 1,000 tons secure the turbines to the ocean floor. Wind turbines in deeper ocean waters can be constructed on floating platforms instead.

Electricity is generated as wind turns the turbine’s blades. The blades turn a shaft inside the turbine. The shaft turns slowly and is connected to several gears that cause a smaller shaft to turn much faster. This smaller shaft drives the electrical generator.

This generated electricity then flows through a buried underwater cable to an onshore substation where the voltage is stepped up and it connects to the onshore electrical grid.

Before offshore wind farms like this can be constructed, wind energy developers must go through the National Environmental Policy Act review and approval process led by BOEM with USACE’s support as a cooperating agency.

NEPA requires federal agencies to assess the environmental effects of their proposed actions prior to making decisions on permits to allow the construction of these structures.

Christine Jacek, USACE New England District project manager, who is involved with offshore wind farm projects in the New England region, said, “USACE reviews and comments on the wind energy developer’s Environmental Impact Statement – a government document that outlines the impact of a proposed project on its surrounding environment. It’s reviewed in accordance with our regulations and ensures impacts to the aquatic environment are avoided or minimized. Based on this review, USACE is responsible with providing the developers permit decisions. These projects can’t proceed without permit decisions issued by USACE.”

USACE also makes sure wind energy developer’s construction plans don’t negatively impact USACE projects. Naomi Handell, USACE North Atlantic Division regulatory program manager, gave this example, “If an underwater transmission cable route would cross a federal channel or the wind developer proposes to cross over an area where USACE is dredging sand for a project, we advise BOEM and the wind energy developers on ways to avoid this.”

Following are a few of the offshore wind farm projects planned or moving forward in the waters off the mid-Atlantic and the Northeast coastlines.

USACE Norfolk District is serving as a cooperating agency as part of BOEM’s environmental impact study review. According to BOEM, the project will sit 27 miles off the coast of Kitty Hawk. Throughout 122,405 acres of ocean, there will be up to 69 offshore wind turbines generating 5.2 gigawatts of energy to 700,000 homes by 2026. USACE’s South Atlantic Division is also working on this project.

Norfolk District is also serving as a cooperating agency as part of BOEM’s environmental impact study review. This will be the biggest offshore wind farm in the United States and one of the biggest in the world, according to BOEM. This project will sit 27 miles off the coast of Virginia Beach. Throughout 176 miles of ocean, there will be up to 205 offshore wind turbines generating up to 8.8 million megawatts of power annually to 660,000 homes in 13 states by 2026.