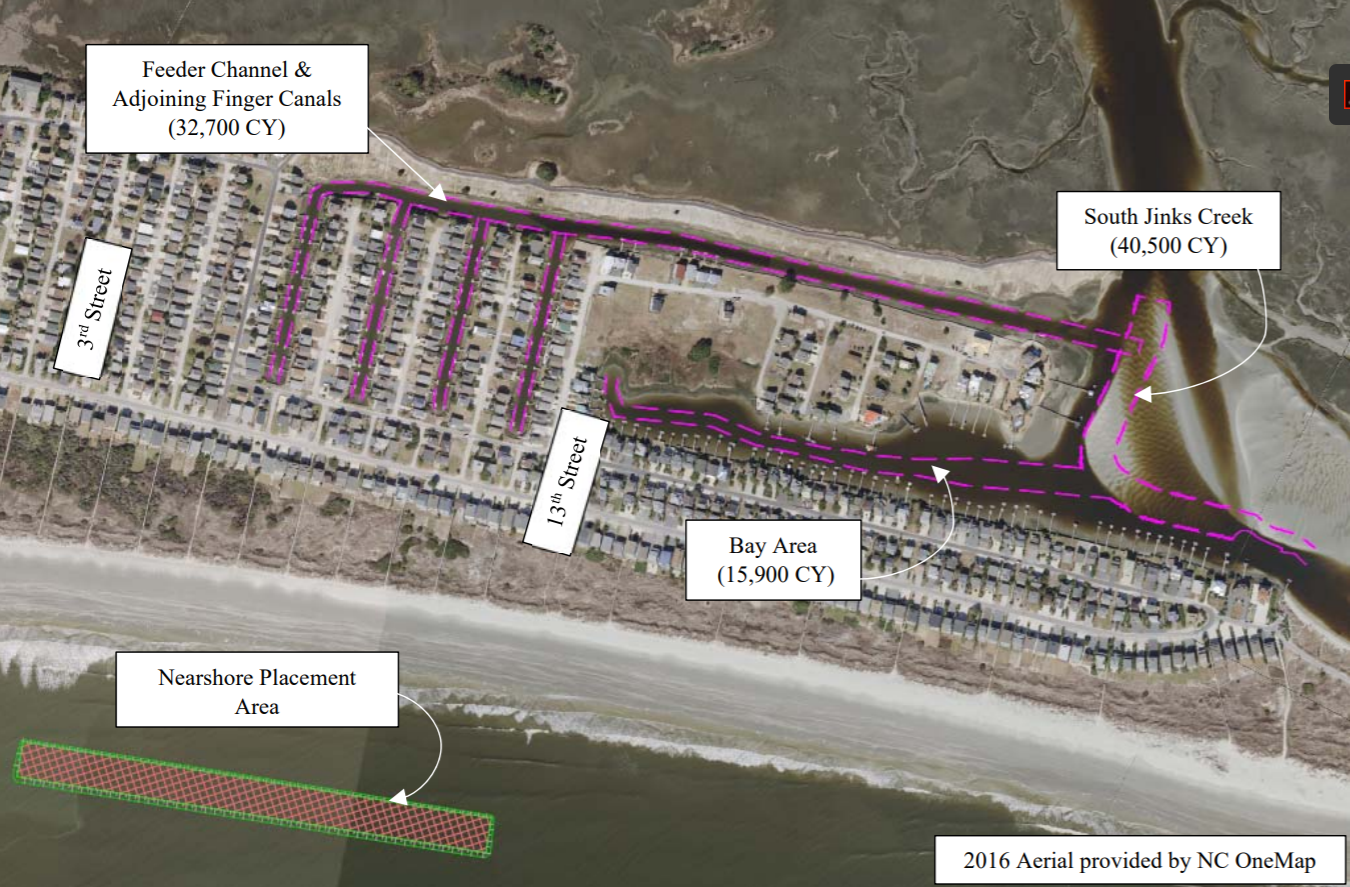 Sunset Beach has resubmitted permit applications to state and federal agencies after finding a new proposed location to put the sand the town hopes to have pumped from surrounding waterways.

This newest proposal to put beach quality sand pumped from south Jinks Creek onto a nearshore site comes after beachfront property owners said they would refuse to grant the town property easements.

According to information provided on the town’s website, those property owners expressed concerns about the possibility of losing “beach front” ownership. The landowners pointed to a North Carolina statute that reads, in part, “the title or land in or immediately along the Atlantic Ocean raised above the mean high-water mark by publicly financed projects which involve hydraulic dredging or other deposition of spoil materials or sand vests in the State.”

The proposed project would be partially funded through state grants.

Under the original proposal, the town would need to obtain temporary construction easements to put equipment on private properties to move sand dredged from the creek onto a stretch of oceanfront between Fifth and 12th streets.

Shortly before the town asked the Corps to pull its permit application early this year, the federal agency sent the town a letter noting that the proposed original sand placement site is not eroding or in need of additional sand.