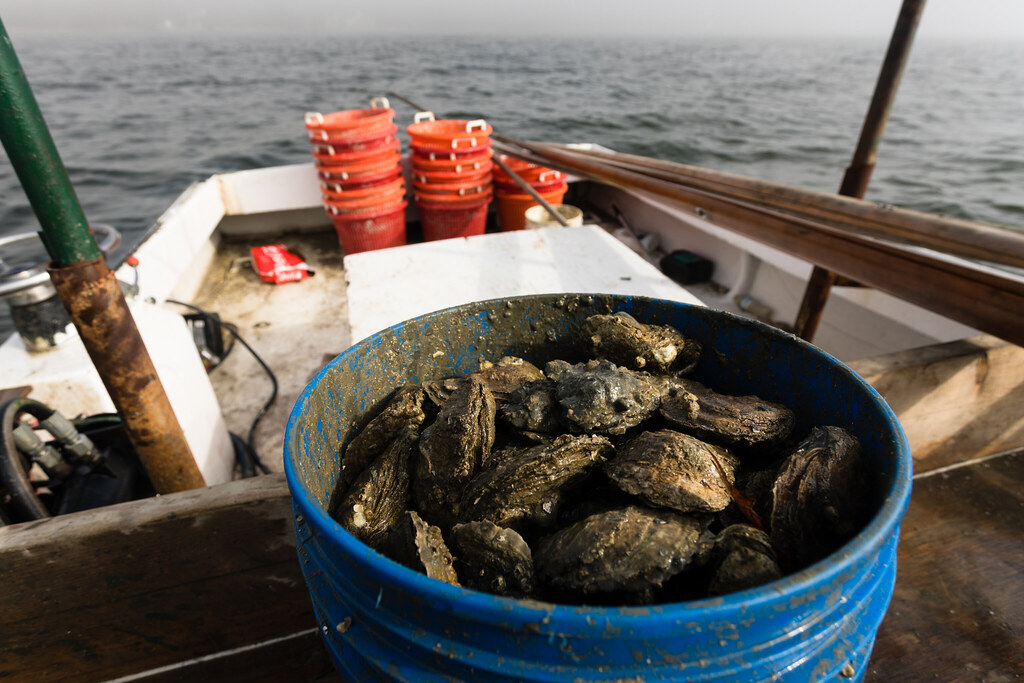 Oyster farming is a large and growing industry in North Carolina.

Commercial landing data from the North Carolina Department of Environmental Quality tell the story of an industry on the rise; farms grew from producing $500,000 worth of oysters in a single year to $5 million since 1994.

But something — or some combination of things — is killing Carolina oysters.

“On the biological end, what it looks like is oysters starving,” said Tal Ben-Horin, an assistant professor at the College of Veterinary Medicine at North Carolina State University. “We see oysters that are healthy one day, or seemingly healthy one day, and dying in mass.”

These mortality events have sporadically occurred in oyster farms over the last ten years. Ben-Horin and his team deployed six field sites in North Carolina to monitor sample oysters during one of these die-offs.

“When you look at live oysters sampled during this mortality event, they seem to be withering away,” said Ben-Horin. “The visceral mass, which is like the meaty bit of tissue, seems to implode within itself.”

Jonathan Lucas, a research associate with the shellfish pathology lab at North Carolina State University’s college of veterinary medicine, is a member of the field team that monitors these sample sites.

He drove the team’s research vessel to one of the sample sites in Eastern Carteret County. Once Lucas sorted out the dead oysters, he measured the remaining samples’ shell sizes.

“You can have sub-lethal effects,” Lucas said, “meaning that they're not dying, but they're also not growing. That's not because the oysters are shrinking — what that means is we're seeing selection for size.”

Two of the team’s sites experienced mortality events. One site lost as much as 80% of the oysters, while the other site lost approximately 40%.