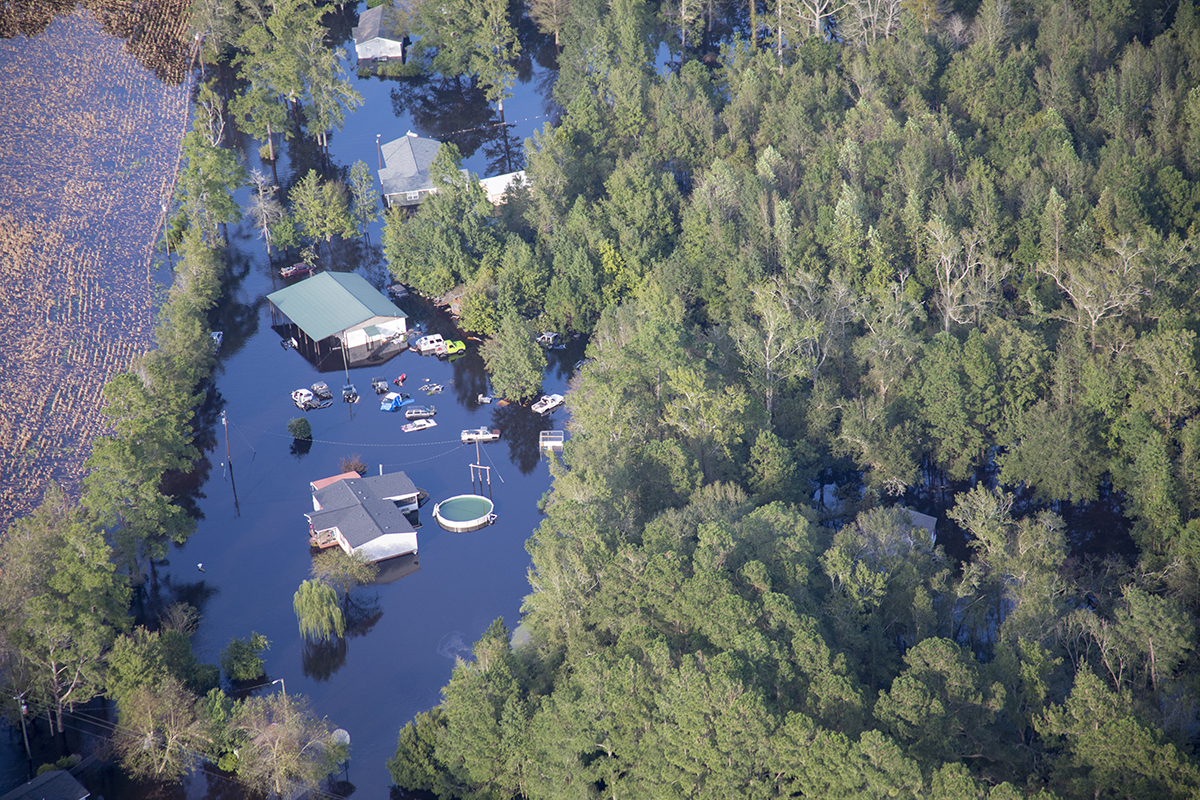 In all, 48 sites in the Neuse, Cape Fear, Lumber and Waccamaw River watersheds were sampled as part of a studyinvestigating microbial contamination in surface waters following the storm, which dumped up to 25-35 inches of rain in some areas of the eastern part of the state after making landfall in mid-September 2018.

In addition to human and swine feces contamination, the recently published study conducted by researchers at North Carolina State University also found a high prevalence of a little-known foodborne pathogen known as arcobacter, which has been classified as a serious threat to human health, in some of the water types sampled, including flood plains, channels and isolated waters.

“What was somewhat striking to us was that we did see both human and swine markers, but that there was an association that if a human marker was detected you were more likely to detect a swine marker as well than if you didn’t detect a human marker,” said Angela Harris, an assistant professor at N.C. State who led the study. “That just kind of highlighted to us that some of these sites were experiencing this double burden of contamination.”

The results of the study arguably underscore wastewater infrastructure issues in storm-prone areas that are anticipated to grow more vulnerable in a changing climate, one in which is expected to bring more frequent, large rainfall-producing storms.

The study notes that while the total discharges from swine lagoons during the hurricane are unknown, 29.1 million gallons was discharged from municipal wastewater facilities and more than 6,000 gallons from industrial facilities.

There are many ways in which human feces can get into the environment, Harris said.

“Things like leaky septic systems, leaky sewer pipes, these can all potentially introduce human fecal matter into the environment and when we think about flooding, a lot of our infrastructure, it’s really not designed to necessarily handle the type of flooding that we’re now experiencing. So, there is effort to think about how can we make our infrastructure more resilient to these types of events that will likely be more frequent due to our changing climate,” she said.

Wastewater infrastructure is a focus of one of the proposed revisions to the North Carolina Department of Environmental Quality’s Coastal Habitat Protection Plan, or CHPP, pronounced “chip.”

The plan, which is designed to protect and restore waters associated with coastal fish habitat, is reviewed every five years.