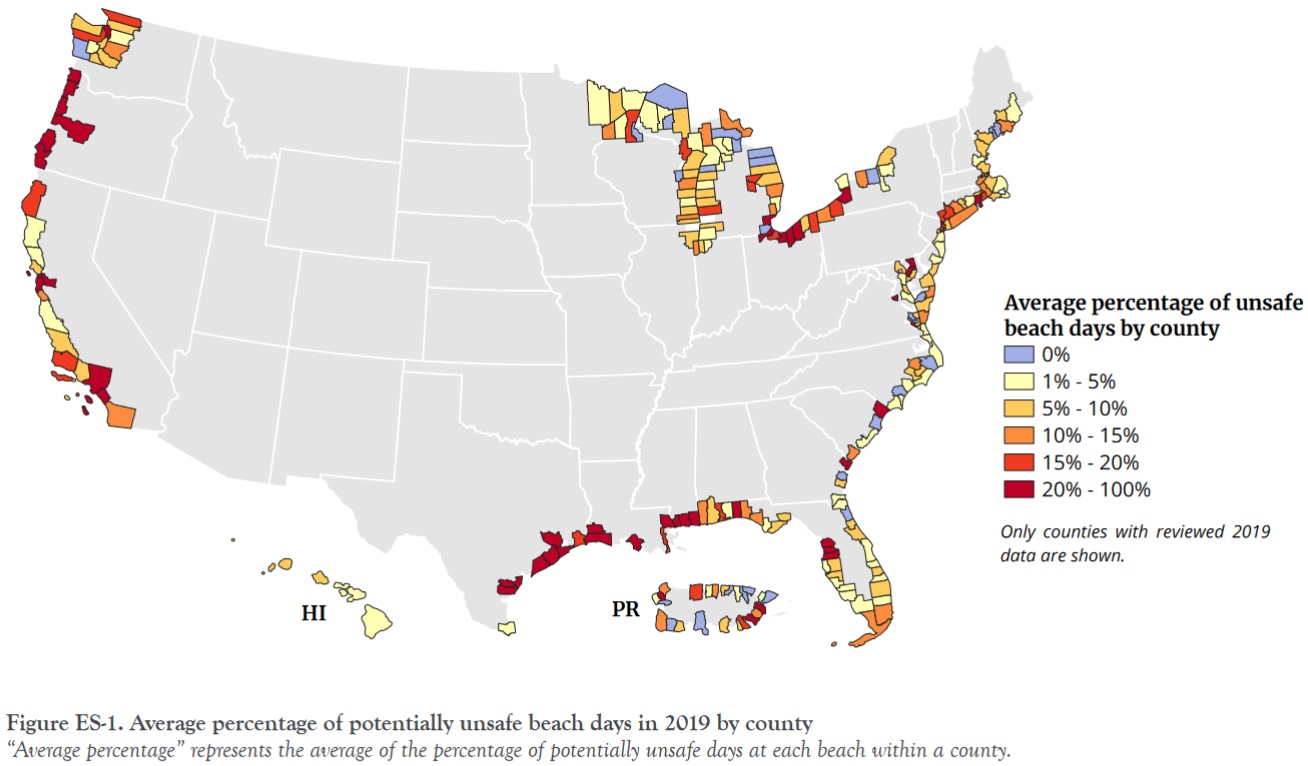 RALEIGH, N.C. (WNCN) – Environment North Carolina analyzed beaches in dozens of coastal and Great Lake states and Puerto Rico to determine how safe beaches were to swim in across the country.

Beaches where samples were taken tested safe for swimmers a majority of the time. While some beaches in other states were unsafe up to 100 percent of test days (see table in ‘Most contaminated beaches nationwide’ section) North Carolina beaches were largely safe at least 70 percent of test days.