Mid-Atlantic
Debris is strewn along the beach south of the first house that collapsed Tuesday morning house in Rodanthe. Photo: National Park Service 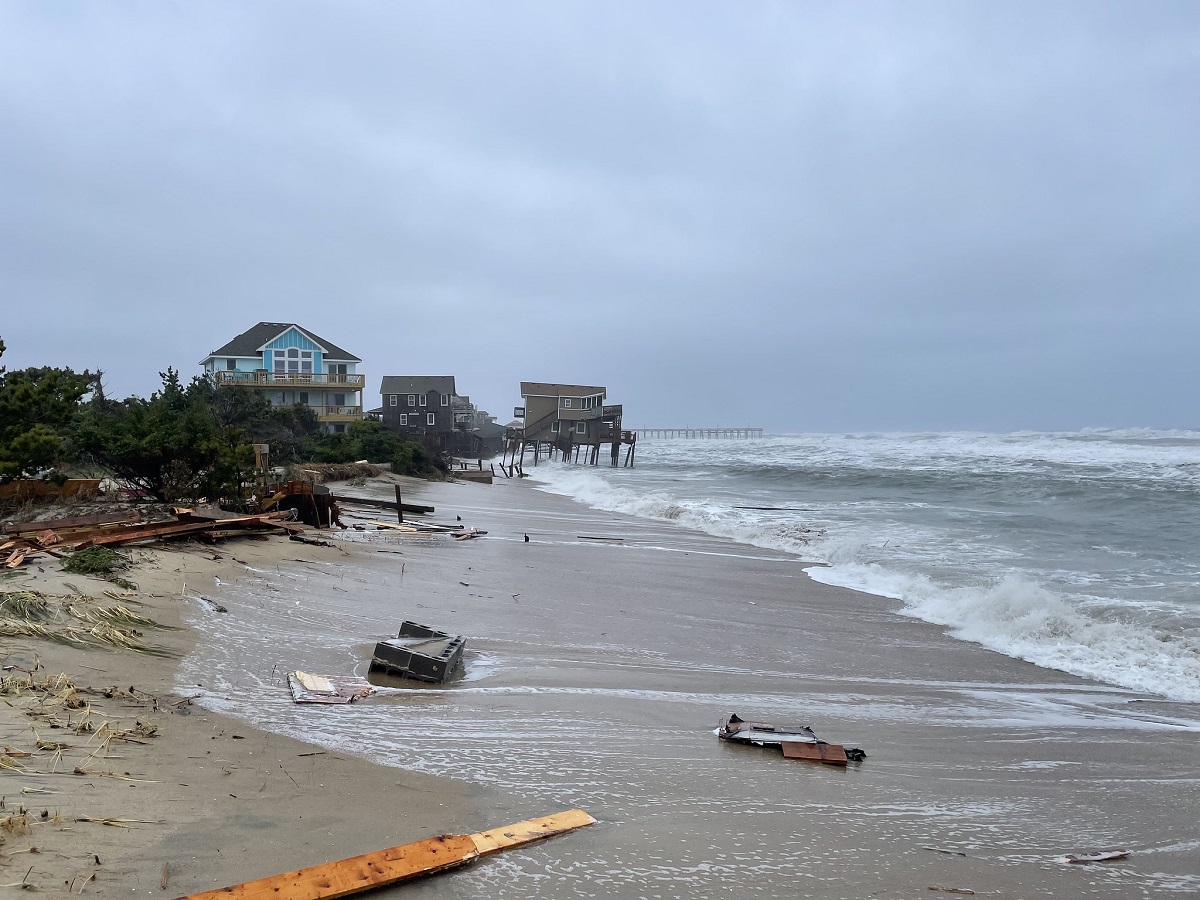 Two unoccupied houses crumbled into the surf Tuesday in Rodanthe, as winds and waves continued to rage during a prolonged storm on the Outer Banks that has also caused traffic delays on N.C. 12 and ferry cancellations.

Cape Hatteras National Seashore confirmed that the unoccupied structure at 24265 Ocean Drive collapsed Tuesday afternoon. That followed the collapse earlier in the day of a house at 24235 Ocean Drive in Rodanthe.

“The collapse of the house at 24235 Ocean Drive was hastened by the prolonged storm system that has impacted the Outer Banks since Sunday,” Michael Barber, public affairs officer with Cape Hatteras National Seashore, told Coastal Review.

The beach near Ocean Drive is closed and law enforcement officials are expected to close Ocean Drive. Visitors are cautioned to stay away from the beach in this area, seashore officials said.

N.C. 12, which has been closed since Tuesday morning, remained closed from Oregon Inlet to Rodanthe as conditions were expected to worsen during the afternoon’s encroaching high tide, making it unsafe to reopen the road to traffic, North Carolina Department of Transportation officials said Tuesday.

Two North Carolina beach houses collapse into ocean in one day, The Boston Globe / May 11, 2022

Over the last three days, a stationary low pressure system has brought strong winds and large waves to the Outer Banks, causing N.C. 12 to be covered with sand and deep ocean overwash at the Pea Island Visitor Center and at the S-curves just north of Rodanthe.

“Conditions at other locations on N.C. 12 between Rodanthe and Hatteras Village are passable but difficult, with sand and standing ocean water at several locations,” officials said.